Confidence is returning to the oil and natural gas sector, led by an improving outlook among local distribution companies and pipeline operators, Black & Veatch (B&V) found in a recent survey. The mood among oil/natgas producers is looking up, too. 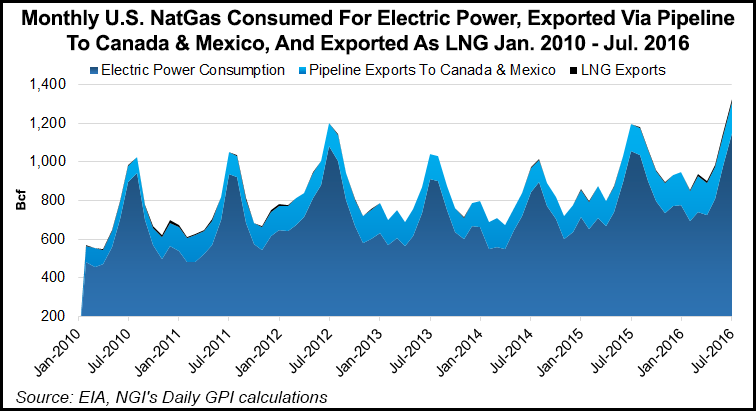 “Survey responses in the 2016 Strategic Directions: Natural Gas Industry Report reflect a convincingly positive outlook, with nearly 70% of all respondents indicating they were either ‘optimistic’ or ‘very optimistic’ for future growth in the global oil and gas economy between now and 2020,” the firm said in its report.

“Local distribution companies and interstate and intrastate pipelines appear to be more confident in future growth, but oil and gas producers are surprisingly not far behind.”

A greater reliance on natural gas for power generation will require new infrastructure, and survey respondents were asked who should pay for the necessary pipelines.

“More than 65% of respondents concluded that perhaps the costs should fall on electric consumers [see Daily GPI, Oct. 11],” B&V said. “While this sentiment has remained steady over the past several years, there has also been a growing trend in respondents who think regional transmission organizations and independent system operators should help absorb these costs — rising from 22% in 2014 to 33% in 2016.”

“A desire to shift LNG contract structures is perhaps one of the most prominent trends emerging in the market,” B&V said. “With more LNG supply coming online, contracts are increasingly being renegotiated to shorter terms. Due to production gains, the availability of uncommitted short-term supply has increased, and pricing structures are transforming to accommodate greater sourcing options. Thus, buyers are benefiting from more competition in the market and achieving lower costs for LNG.”

Asian markets are taking advantage of low prices. “…[T]hese markets will rely on suppliers such as the United States and Australia, and will need to invest in additional pipeline infrastructure and transport projects…” B&V said.

“India, in particular, is poised to capitalize on low oil prices to embark on new projects. Petrochemical sector developers are assessing the feasibility of new fertilizer and sulfur recovery plants. These downstream projects could result in high returns when the market rebounds, making them easily bankable to investors.”

B&V conducted its annual natural gas industry survey from July 15 through Aug. 5; 386 participants completed the survey. Last month Deloitte released the results of its own industry survey, which also showed that the mood is improving among industry participants (see Daily GPI, Sept. 21).