The Bureau of Land Management’s (BLM) proposed Roan Plateau resource management plan (RMP) released Thursday appears to be overly restrictive in requiring only one oil and gas development company to be the operator for all the leases on top of the plateau itself, which represents about 50% of the planning area in the Piceance Basin of western Colorado, said Greg Schnacke, executive vice present of the Colorado Oil and Gas Association. Schnacke said the idea of having one company do all the development is unprecedented and will probably backfire on the agency.

The proposed RMP follows a contentious debate among environmentalists, industry, locals, the state and BLM over the sensitive area, which rises 3,000 feet northwest of the town of Rifle, CO, in the mineral-rich Uinta-Piceance Basin. The area includes semi-desert habitats and subalpine areas separated by massive cliffs. About half of the 115-square-mile area consists of highlands above the cliffs, while the remainder consists of the lower elevations.

The planning area includes the 56,238 acres of Naval Oil Shale Reserves 1 and 3, which were originally set aside as mineral reserves and transferred to BLM from the Department of Energy by Congress in 1997. Legislation instructed BLM to develop a multiple-use resource management plan for the area and enter into leases for the exploration, development and production of petroleum “as soon as practicable.”

The BLM said its approach to oil and gas development provides protection for fish and wildlife habitat, remote areas and scenic views through strict development requirements, including use of the latest directional drilling techniques, phased development and other limitations.

“We developed this plan with significant help and time from our cooperating agencies, which include the Colorado Department of Natural Resources (CDNR), Garfield and Rio Blanco counties, the town of Parachute, and the cities of Glenwood Springs and Rifle,” said Glenwood Springs BLM Field Manager Jamie Connell.

In total about 1,570 mainly gas wells would be allowed on a total of 193 well pads over a 20-year period. On top of the plateau, 210 wells on 13 pads would be allowed. More than 50% of the area on top and below the plateau would be stipulated “no surface occupancy” to create wildlife seclusion areas, protect Colorado River cutthroat trout and water resources and protect views from local highways and communities.

BLM said despite the restrictions the approach would allow more than 90% of the federal natural gas (estimated at 8.9 Tcf) in the planning area to be recovered. The industry estimates there could be 15-20 Tcf of gas on federal and private lands in the planning area.

According to the RMP, oil and gas development would be limited to the higher ridges away from the ecologically sensitive canyons and streams. It also would be phased so that no more than 1% of the 34,758 acres on top of the plateau would be disturbed at any one time. Wells would be clustered on multi-well pads not closer than one-half mile apart. Habitat fragmentation and surface disturbance would further be minimized on top of the plateau through a federal unit agreement in which only one operator would conduct all development activities on behalf of all lease holders. BLM said this would allow it to tightly control the timing and location of development and eliminate the need for duplicative facilities.

“All lessees (potentially 14 or more…) would share in development costs and oil and gas revenues from the entire federal unit regardless of whether their parcels are undergoing development,” BLM said in the RMP.

Schnacke said such an idea is unprecedented, will significantly detract from competitive bidding for the leases and probably will lead to less gas production and a longer development time. “One single federal unit over such a large area is going to reduce competition in acquiring these leases,” he said. “The combined aspects of this plan, we think, could reduce lease bonuses for the area by 50% or more. That could end up costing the federal government $1 billion.”

He said the oil and gas industry expected that it would have to use directional drilling, centralized roads and pipelines, centralized operations and other best practices. “But this plan pushes these concepts to extreme levels that in many ways is going to render development of this resource in a much less economically attractive way.

“For instance, the phased development over these long time periods will reduce investment and lease bonuses due to the time-value of money. It pushes development out to decades instead of shorter time periods. We’re not certain that many of these groups that are coexisting with us up there would want the industry up there that long,” said Schnacke.

“We certainly think you could achieve a lot of [the benefits] without all these impediments.” He said multiple operators could achieve the same level of environmental mitigation.

Environmentalists also don’t like the plan. Pete Kolbenschlag of the Colorado Environmental Coalition said BLM “didn’t consider and certainly didn’t put forward a plan here that is in keeping with what the vast majority of local communities have been for throughout the process — that’s simply that the public lands on top of the plateau be managed for other traditional and public uses like ranching, hunting and fishing as a primary emphasis.

“The plan…would eventually allow surface disturbance and an industrial landscape to cover 48% of the public lands on top of the plateau,” he said. “It will significantly alter the landscape up there.”

Copies of the plan and additional information can be found at https://www.blm.gov/rmp/co/roanplateau. A 30-day public protest period officially begins when the notice of availability is published in the Federal Register. Colorado Gov. Bill Owens also has 60 days to review the proposed plan for consistency with state law. 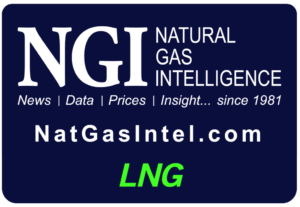 Australian Prime Minister (PM) Scott Morrison wants to create a liquefied natural gas (LNG) hub along the east coast similar to Henry Hub in order to lower gas prices in the region and spur an economic recovery from the Covid-19 pandemic. The idea was among a number of measures that Morrison proposed earlier this month…