The Interior Department’s Bureau of Land Management (BLM) released a proposed plan that it said provides a balance between energy development and conservation for an area of southeastern Utah, but the oil and gas industry slammed it as “redundant.” 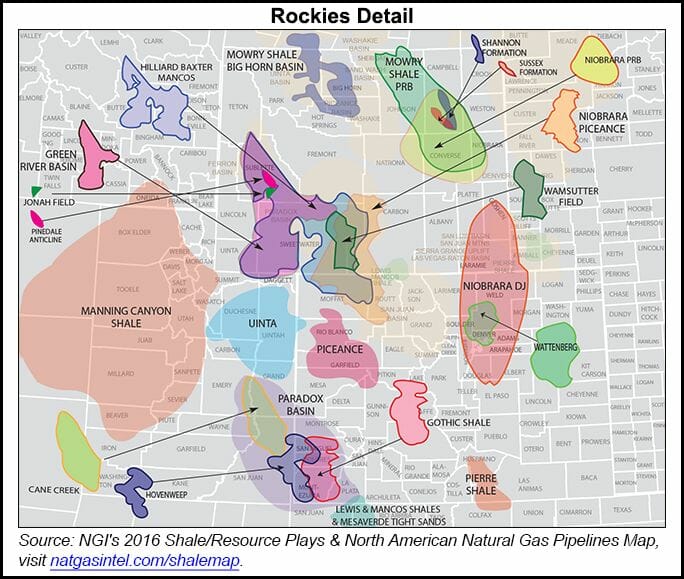 “Balance is essential,” BLM Director Neil Kornze said. “In this plan, we make sure that southern Utah’s energy resources can be responsibly accessed while also ensuring that Moab’s recreation economy can continue to flourish.”

Grand and San Juan counties have seen mostly conventional but also some unconventional oil and gas drilling. The counties overlay the Paradox Basin and the Cane Creek, Gothic and Hovenweep shales.

Specific to the oil and gas industry, within many areas multiple wells per pad would be permitted, but well pads would be placed no closer than two miles apart. “Production facilities would be co-located and designed to minimize surface impacts,” Appendix A stipulates. “Pipelines and utilities would be placed within or immediately adjacent to existing roads.”

The aforementioned stipulations would cover the Courthouse Wash Watershed, the Salt Wash Watershed, Special Recreation Management Areas and lands identified by the BLM as having wilderness characteristics and high visual qualities. The habitat of sagebrush, steppe, bighorn sheep, deer and elk would also be covered.

Kathleen Sgamma, vice president for government and public affairs at the Western Energy Alliance (WEA), was critical of the BLM’s proposed plan.

“BLM continues its efforts to jam in as much regulation as possible on American oil and natural gas producers before the end of the Obama Administration, with this one carrying a cost of $2 billion in lost economic opportunity for local communities,” Sgamma told NGI on Wednesday. “The Moab leasing plan is designed to add yet more layers of environmental analysis into a process that already included four or more, to the point that BLM is unlikely to make decisions to move forward with responsible energy development.

“The MMLP is redundant with recently completed Moab and Monticello Resource Management Plans that included multiple provisions to ensure the land, wildlife, cultural, and other natural resources are protected. It needlessly locks away yet more lands without Congressional consent, closing 57% of the area to development while imposing redundant constraints on the remaining area that will make it extremely difficult to produce energy that all Americans own.”

Sgamma also challenged the legality of the MMLP, saying it runs afoul of the Federal Land Policy and Management Act and the Mineral Leasing Act. “It’s simply about shutting down development,” she said.

Once a notice of availability is published in the Federal Register on Friday, a 30-day public protest period and a 60-day governor’s consistency review period will begin over the proposed plan.

USGS scientists had previously determined that the Gothic Shale was one of the several shales that appeared to “have the most potential due to both organic content and thickness,” (see Shale Daily, Aug. 26, 2011).