A report published Tuesday criticizing the use of renewable natural gas (RNG) by Earthjustice and the Sierra Club is facing pushback by the energy industry. 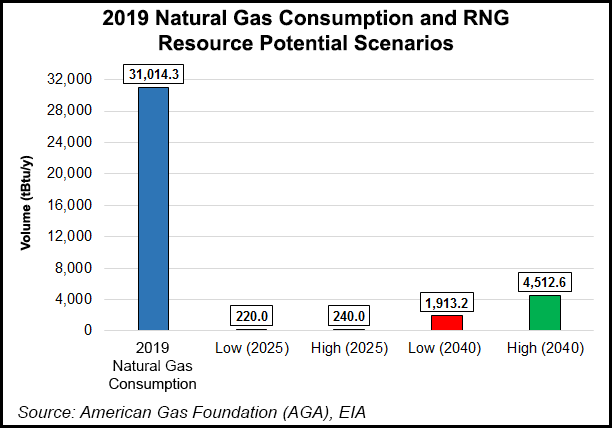 The report, “Rhetoric vs. Reality: The myth of renewable natural gas,” refers to RNG as a fossil gas alternative, or FGA, and claims it has inherent limitations to mitigate climate change, contrary to gas industry claims. The report accused the gas industry of “greenwashing” RNG through a “reckless plan” to nationally market biomethane through various industry front organizations.

“It would be foolish to stall the all-electric transition in favor of riskier and unscalable solutions like FGA just because they serve the gas industry’s interests,” said Earthjustice analyst Sasan Saadat.

In response, RNG Coalition CEO Johannes Escudero said the environmental groups have campaigned to “electrify everything” while attacking gas utilities in the process. “Electrification is not a bad thing. Like RNG, it is one piece of the puzzle.”

The groups may want to discourage RNG adoption in buildings, but “we are confident that the facts, good science and common sense will prevail,” he said.

“RNG is a proven technology and is shrinking our own and our customers’ carbon footprints,” Rubin said.

Southern California Gas Co. has set a goal by 2030 to have 20% of its daily gas sendout be RNG. Spokesperson Christine Detz noted that work earlier this year by independent experts at the Lawrence Livermore National Laboratory determined that using the existing gas infrastructure to move RNG around could meet 80% of U.S. emissions goals.