Market dynamics will override politics and the job producing and economic stimulus effects of the gas industry will prevail in the years ahead regardless of the outcome of this fall’s presidential elections, according to panelists at the LDC Gas Forum’s mid-continent meeting in Chicago Monday. 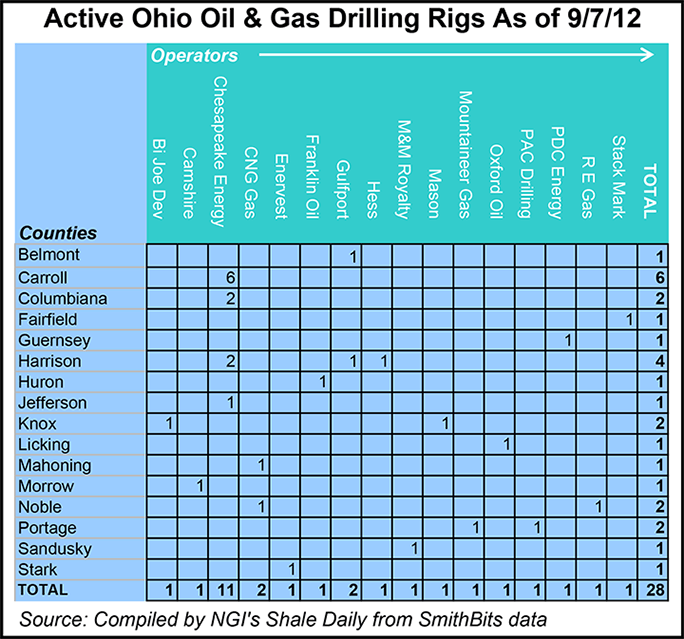 A change of administrations wouldn’t have much impact on the demand side, Weixel said. On the supply side, the Obama administration could add some costs for producers in the drilling sector, but overall “the natural gas industry is doing a good job in Washington, DC, in promoting itself as a job creator and economic engine for growth.”

Some other panelists also downplayed the overall impact the upcoming presidential election could have on developments in the various shale plays. But Bill Wince, Chesapeake Energy’s vice president of business development, cautioned that politics is very much involved in two areas potentially impacting the industry’s future — federal air emissions regulations and liquefied natural gas exports.

All the panelists agreed that the Utica Shale is the nation’s next big natural gas play and promises to transform upper Midwest markets. With the continuing deployment of drilling rigs away from dry gas to oil and wet gas plays the supply-demand situation will come more into balance. Production will stabilize while demand, particularly in electric generation and the industrial sector, should continue to grow.

“Rig counts don’t matter any more, it’s where they are located,” said Weixel, Bentek’s director of client services. Wince suggested that a good place to keep an eye on rig counts is the Utica, where Chesapeake is betting heavily with 35% of the 4 million acres that have been leased. “We think the Utica is going to impact the upper Midwest markets significantly,” Wince said.

Wince sees the Utica as having a mix of dry and wet gas and oil similar to the Eagle Ford in Texas. Underscoring Chesapeake’s rapid shift from an emphasis on dry gas to oil and liquids plays, he said his company expects to have about 30% of its production come from oil and liquids by 2014, and the development of the Utica will be part of that shift.

“We have re-deployed our rigs and changed our thinking about prices. Although we can produce a lot more gas, we will need price signals to do that,” Wince said. “That’s the message here — as we re-deploy rigs, there is still plenty of dry gas available — in fact, probably even more gas than oil — but we won’t access those reserves until we have the right price signals to do so.”

Wince said Chesapeake plans to have as many as 20 rigs operating in the Utica by the end of this year; it currently has 12 in operation. These would be for oil and liquids production, and done mostly on a joint venture basis. He characterized this as “pretty active,” but still only about half of what it was doing at the peak of its Haynesville and Marcellus Shale drilling, which was in the 30- to 40-rig range.

Even at the 20-rig count level, this shows some significant potential for Utica, said Wince. He agreed with another panelist, TransCanada’s Richard Vaughan, who placed a 5 Bcf/d potential on the Utica. “When the industry devotes a hundred or so rigs to an area, it means there is significant potential, so keep an eye on the rig count in the Utica,” Wince said.

There were a total of 28 oil and gas drilling rigs active in Ohio — in the Utica and elsewhere — in the first week of September, according to Smith Bits data. Rigs were active in sixteen different counties.

Weixel said the big story is the projected growth in natural gas liquids production, which should be close to 50% during the next five years.

On the demand side, Weixel and the other panelists all see power generation and re-industrialization being the big drivers. Jesse Blair, CenterPoint Energy Service’s manager of pricing and product development, sees continued coal-to-gas switching in the electric generation sector. Weixel added that the federal mercury air emissions toxic standards should be a big driver in the years ahead.

Ultimately infrastructure will play a key role, and both TransCanada’s Vaughn and Chesapeake’s Wince said their respective companies are already committed to pipeline and processing projects related to the Utica.