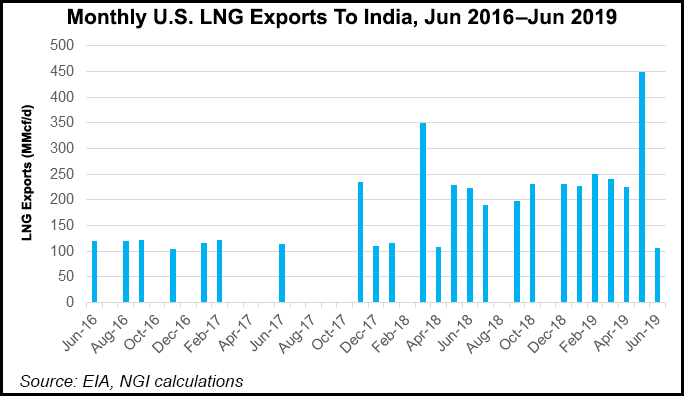 The project to be built at the port of Kakinada in Andhra Pradesh state would be H-Energy’s third LNG terminal in the country, which already includes a 4 million metric ton/year (mmty) floating storage and regasification unit at Jaigarh Port on the west coast.

The Kakinada LNG hub would cater to the needs of domestic customers.

“We believe that Kakinada with its existing breakwater and deep draft combined with its close proximity to various natural gas pipeline makes this an efficient and successful project for our customers, our partners, and ourselves,” CEO Darshan Hiranandani said.

H-Energy’s LNG infrastructure development comes as India faces an acute gas shortage that has left the country struggling to meet its power generation capacity. India was self-sufficient in natural gas until 2004, when it began to import LNG from Qatar.

Gas is expected to make up at least 15% of India’s overall energy mix by 2030 from current consumption of 6.2%. Over the next seven years, the government plans to build another 11 LNG import terminals, mainly on the east coast. The government has also been working on a national gas grid, adding around 8,700 miles of additional gas pipeline network.