U.S. natural gas prices, to which a majority of gas transactions in Mexico are linked, remain bogged down and are likely to average just $2.21/MMBtu this year, despite an expected upturn beginning in the second quarter, according to the Energy Information Administration (EIA). 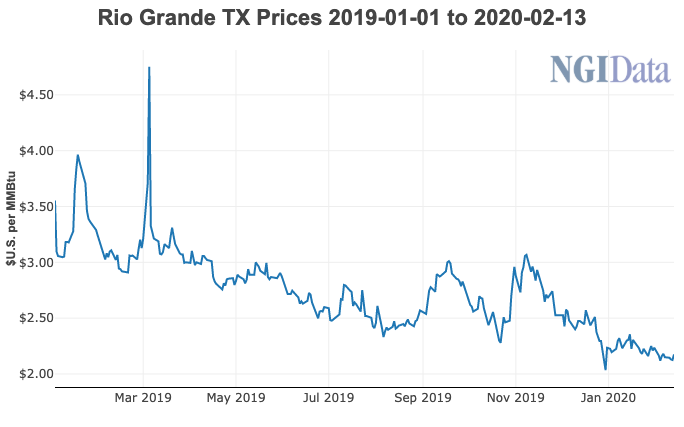 Given Mexico’s dependence on natural gas imported from the United States, gas price movements in Mexico track closely with prices north of the border.

The STEO forecasts net natural gas exports from the United States, including by pipeline and in the form of liquefied natural gas (LNG), to average 7.6 Bcf/d in 2020, up from 5.3 Bcf/d in 2019.