In a victory for the natural gas and coal industry, the U.S. Supreme Court on Thursday curtailed the Environmental Protection Agency’s (EPA) authority to regulate greenhouse gas emissions (GHG) from power plants. 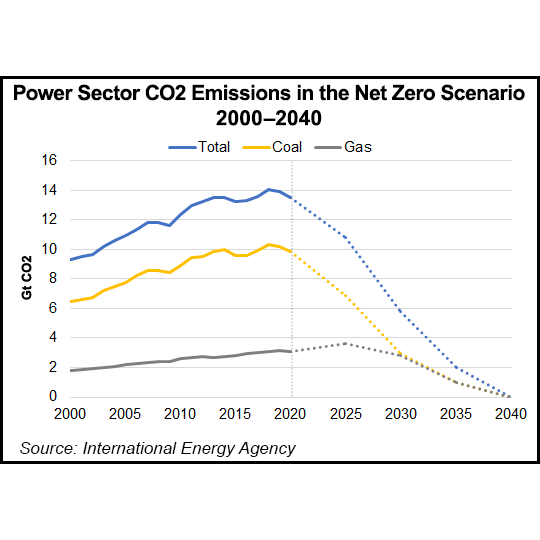 In a 6-3 decision, the high court sided with plaintiffs, including the coal-producing states of West Virginia and North Dakota, as well as North American Coal Corp. and Westmoreland Mining Holdings LLC.

Under the Trump administration, EPA had enacted the ACE to replace the more stringent and far-reaching Clean Power Plan (CPP), which EPA approved under former President Obama. The Supreme Court stayed the CPP in 2016, preventing it from taking effect.

CPP would have established national standards for fossil power generators to reduce emissions. The rules would have required generators to, if necessary, reduce their output, replace existing plants with lower emitting generation sources, or purchase emission allowances under a cap-and-trade scheme.

Under the ACE, meanwhile, states could mandate efficiency improvements at existing plants, but not their replacement with lower emitting generation sources.

“The natural gas industry has consistently delivered on its promise to reduce greenhouse gas emissions while at the same time delivering safe, reliable and clean energy to the 187 million Americans who depend on our industry every day,” Harbert said. “Natural gas utilities did not wait for government mandates to drive progress, and with today’s ruling we are committed to stay the course. Innovation and technology produces results, not outsized government regulation.”

In a note Wednesday ahead of the ruling, analysts at ClearView Energy Partners LLC also noted that the power sector’s GHG emissions have already fallen below the targets of the CPP, even though it was never implemented.

Of the natural gas industry, Harbert added, “This industry has ambitious environmental goals and we have proven, year over year, that we provide solutions for reducing emissions while ensuring Americans have the essential energy they need. That is our commitment today and into the future as we continue to lead our nation in achieving our energy and environmental goals.”

She said AGA is reviewing the order, and “will continue to work with policymakers at all levels to further reduce emissions and deliver safe, clean and affordable energy to the millions of Americans who rely on it every day.”

Meanwhile, the coal power trade organization America’s Power welcomed the decision. CEO Michelle Bloodworth lauded the decision that restricts EPA “from setting carbon dioxide standards for coal-fired power plants based on outside-the-fence measures.  The issue is not whether EPA can regulate carbon dioxide emissions under section 111(d) of the Clean Air Act, but rather what kind of standards the agency is allowed to set.”

EPA Administrator Michael Regan said Thursday the agency would not be deterred in its efforts to curb emissions.

“As a public health agency, EPA’s number one responsibility is to protect people’s health, especially those who are on the front lines of environmental pollution,” he said. “Make no mistake: we will never waver from that responsibility.”

Regan added, “While I am deeply disappointed by the Supreme Court’s decision, we are committed to using the full scope of EPA’s authorities to protect communities and reduce the pollution that is driving climate change. We will move forward to provide certainty and transparency for the energy sector, which will support the industry’s ongoing efforts to grow our clean energy economy.”

“The opinion…restricts EPA’s ability to limit dangerous climate pollution from existing fossil fuel-fired U.S. power plants – one of the largest sources of climate-destabilizing pollution in the world,” said the Environmental Defense Fund in a fundraising email sent Thursday. “The one piece of good news is that this ruling does recognize EPA’s authority and responsibility to limit climate pollution from cars and trucks, oil and gas development, and industrial sites.”

The ruling “will have grave consequences on our ability to rapidly reduce carbon emissions,” said Bresette. “Historically, the Supreme Court has long, and rightfully, shown deference to the executive branch as it carries out the will of Congress.”

In addition, the “ruling could make it impossible for EPA to do what it should be able to do to reduce carbon emissions from power plants.”