Impulsora Pipeline LLC on Wednesday asked FERC for more time to complete the border crossing facilities for its pipeline from Webb County, TX, in Eagle Ford Shale country to the Texas-Mexico border. 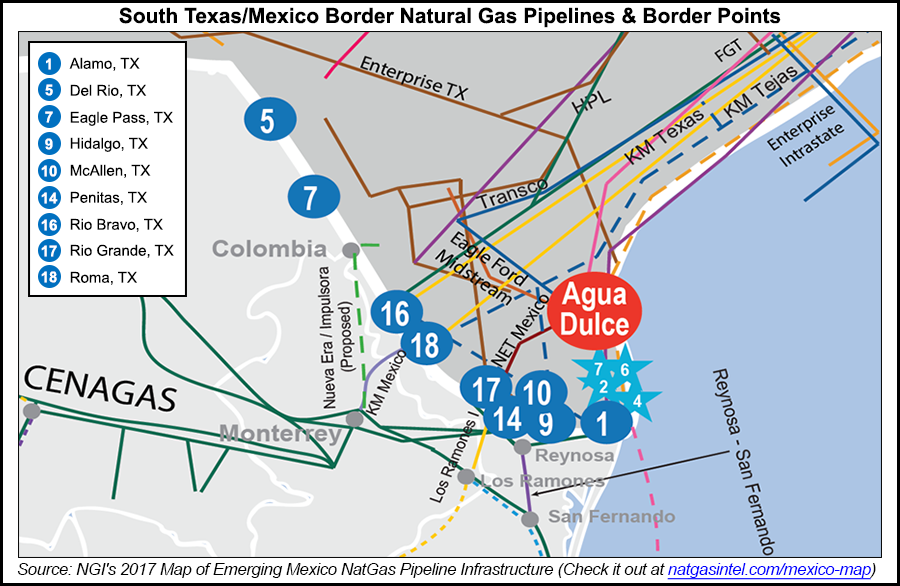 “Unexpected construction delays on the Mexican side of the border” have caused Impulsora to push in-service on the border crossing back to Dec. 31 from June 1 [CP14-513, CP16-70].

Because of the delay, Impulsora told the Federal Energy Regulatory Commission that it and Mexico’s Comision Federal de Electricidad (CFE), the project’s foundation shipper, have moved back the commercial operations date in their agreement for the project.

The border crossing is in Webb County and on the Mexican side near Colombia in the state of Nuevo Leon. The Midstream de Mexico pipeline system will originate at the Impulsora border crossing and extend to measurement stations near Monterrey, Nuevo Leon. Besides CFE, the system is expected to serve end-users in and around Monterrey.

Impulsora received its presidential permit for the border crossing in May 2015.

Impulsora and Midstream de Mexico are units of Nueva Era, which is a joint venture of Howard Energy Partners and Mexico’s Grupo Clisa.