Production has resumed at Imperial Oil Ltd.’s 220,000 b/d Kearl oilsands mine after Inter Pipeline Ltd. addressed a leak that had disrupted flows of gasoline-like condensate needed to dilute bitumen for shipment to markets. 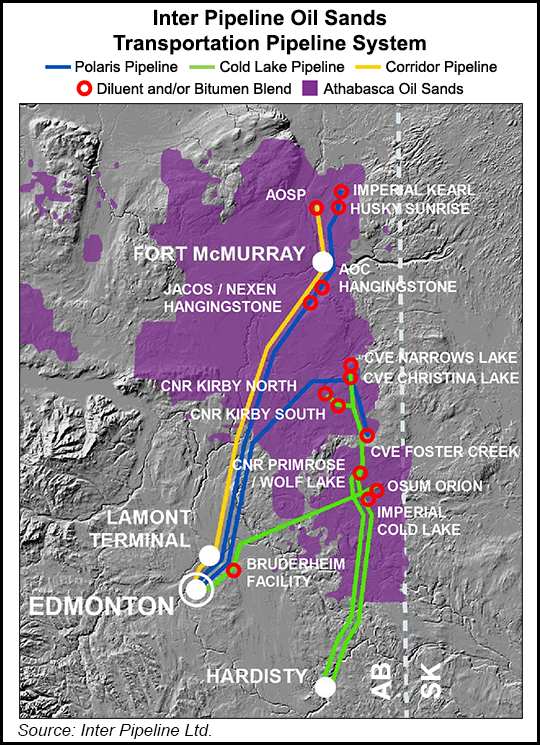 Inter Pipeline announced that service had been restored by building a 400-meter (1,300-foot) bypass around a leak that halted flows and required Imperial to shut down the northern Alberta mine on Sept. 2.

“The production impact of the outage is still being determined and will be updated at a later date,” Imperial said. The disruption is expected to lower third quarter 2020 daily average output from the Kearl site north of Fort McMurray.

Imperial, which is 70% owned by ExxonMobil, said earlier this month that the leak did not affect two bigger conduits in Inter Pipeline’s oilsands network, its 576,000 b/d Cold Lake and 403,000 b/d Corridor systems.

The mishap spilled an estimated 550 barrels of bitumen from a northeastern Alberta leg of a 238,000 b/d Inter Pipeline conduit called Polaris, between the oilsands region and Edmonton-area supply and delivery hubs.

Inter Pipeline said repair work would continue, and that the cause of the incident remains under investigation.