A legislative panel in Illinois has delayed a vote on revised rules governing hydraulic fracturing (fracking) until its next meeting in November, following state and national elections. 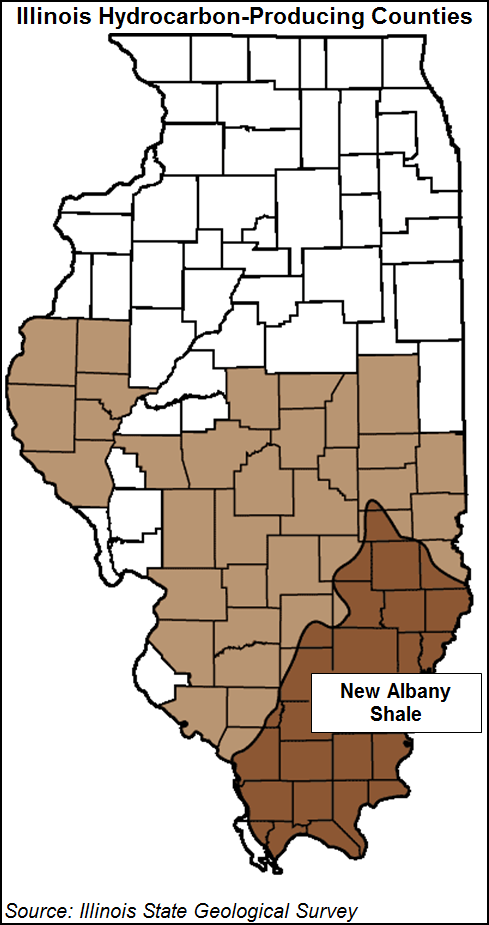 The Joint Committee on Administrative Rules (JCAR) met Tuesday to vote on the proposed changes but ultimately decided to postpone the vote until its meeting on Nov. 6, following the election.

“We knew it would likely be a pretty short meeting,” Brad Richards, executive vice president of the Illinois Oil & Gas Association (IOGA), told NGI’s Shale Daily on Wednesday. “It’s probably not all that shocking that this has been postponed until after the election.

“We have folks from the DNR who tell us they’re working diligently to try to get these [rules] done, but it has been a contentious issue. Now it will be taken up, and hopefully resolved, two days after the election.”

In an interesting twist, DNR Director Marc Miller reportedly told JCAR members Tuesday that if the panel didn’t approve the rules by Nov. 15, exploration and production (E&P) companies could possibly begin the process of drilling for oil and gas.

“It’s curious that we hear Miller acknowledging in his testimony that it is at least within the realm of possibility that a court will require DNR to act,” Richards said. “I’ve had to rethink this a little bit. My initial reaction was no, the rules have to be final. But now I would have to amend that answer.

“We don’t know what the legal ramifications of all of this will be, but there are folks who are going to try to convince a judge to compel DNR to issue permits. It could be interesting if the deadline comes and passes without resolution. It’s my understanding that even some of the environmental groups are questioning what would happen at that point, and are seeking their own legal counsel. I guess we’re going to have to see how that unfolds.”

Both areas of regulation that DNR has proposed changing are subsets to Title 62, which covers mining, of the Illinois Administrative Code.

Last year state lawmakers passed, and Gov. Pat Quinn subsequently signed, the HFRA, which potentially opened the state to fracking but required E&Ps to disclose their fracking chemicals and to test nearby groundwater before and after they drilled (see Shale Daily, June 4, 2013). DNR then published an initial version of proposed rules on fracking and scheduled a series of public hearings (see Shale Daily, Nov. 15, 2013).

Although Richards said last month IOGA considered DNR’s proposed rules “unworkable,” there have been some hopeful signs of compromise.

“We’re trying to work with JCAR and DNR to try to fix the problems with the rules, meaning where the rules don’t conform to the statute,” Richards said. “Frankly, JCAR members have indicated at the last two meetings that they are receptive to our argument — that there are instances where DNR has clearly overstepped their statutory authority.

“We’ve got work to do, but we hope that between now and Nov. 6 we can resolve the remaining issues and finalize the rules.”

JCAR is a 12-member panel of lawmakers of the state’s General Assembly. According to the Illinois Administrative Procedure Act, JCAR has 45 days to review the DNR’s proposals but may request an additional 45 days if both entities mutually agree. The two may also agree to modifications in the proposed rulemaking.

JCAR could issue a certificate of no objection (CNO) for the proposed rules, after which the DNR could proceed to adopt them by filing them with the secretary of state for publication in the Illinois Register. If an objection is filed to the CNO, the DNR would have 90 days to respond in writing, but it could still move to adopt the rules afterward.

In 2012, the Illinois Chamber of Commerce reported that shale formations in the southern part of the state could potentially create $9.5 billion of investment and 45,000 jobs (see Shale Daily, Dec. 17, 2012). The New Albany Shale formation underlies a substantial portion of southern Illinois.