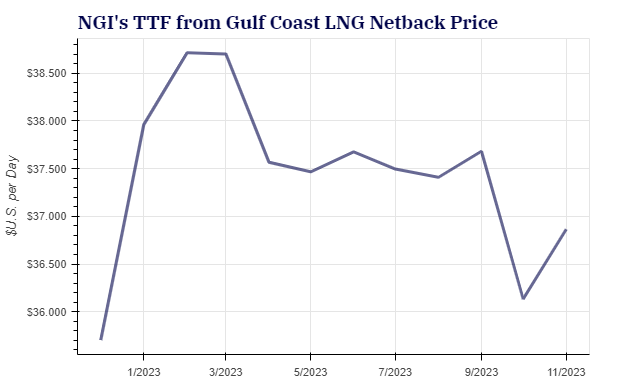 Following recent meetings with European leaders – including Czech Prime Minister Petr Fiala, Finnish Prime Minister Sanna Marin and Slovak Prime Minister Eduard Heger – Birol noted more than 90% of natural gas storage was full in Europe, according to a readout from the meetings provided by IEA this week. Prices in Europe this month recently fell to their lowest level since June amid benign fall weather and increased confidence in storage levels.

Birol said the European Union (EU) was in satisfactory shape heading toward the heating season. “I expect if there are no surprises — political and technical surprises — and if the winter is a normal winter, Europe can go through this winter with some bruises here and there, but we can come to February and March” with enough gas to heat homes, he said.

However, Birol warned that the global market remains tight and this is expected to continue well into 2023 as a sharp reduction of Russian supplies to Europe intensifies global competition for LNG shipments.

IEA noted that Russia has largely cut off gas supplies to Europe in retaliation against sanctions imposed on it following its invasion of Ukraine. This has deepened market tensions and uncertainty ahead of the winter in the Northern Hemisphere. Though European storage gained substantial ground this fall – in large part because of U.S. liquefied natural gas shipments — the global watchdog said risks remain for Europe in the event of new supply disruptions or severe bouts of freezing temperatures.

More worrisome, Birol said, the potential long-term absence of Russian supplies, an expected increase in Chinese demand for LNG this winter and limited near-term growth in supply of the super-chilled fuel would make refilling EU storage facilities for the winter of 2023-24 “exceptionally difficult.” He noted Europe’s storage capacity, historically, was established with the expectation for steady flows of Russian gas delivered via pipeline.

Should Europe achieve the December increase, researchers said it would likely mean relatively low LNG Asian imports compared to a year earlier. However, they added in the report, “China’s LNG imports could rise next year under a series of new contracts concluded since the beginning of 2021, while a colder-than-average winter would also result in additional demand from northeast Asia,” adding more competition and likely renewed price pressure at a time when any increase in Russian supplies is dubious at best.

“The outlook for gas markets remains clouded, not least because of Russia’s reckless and unpredictable conduct, which has shattered its reputation as a reliable supplier,” said IEA’s Keisuke Sadamori, director of energy markets and security.