The Idaho legislature on Monday passed and sent to the governor a bill (SB 1339) to streamline the state’s oil/natural gas permitting process. SB 1339 would realign oil/gas oversight among existing agencies. 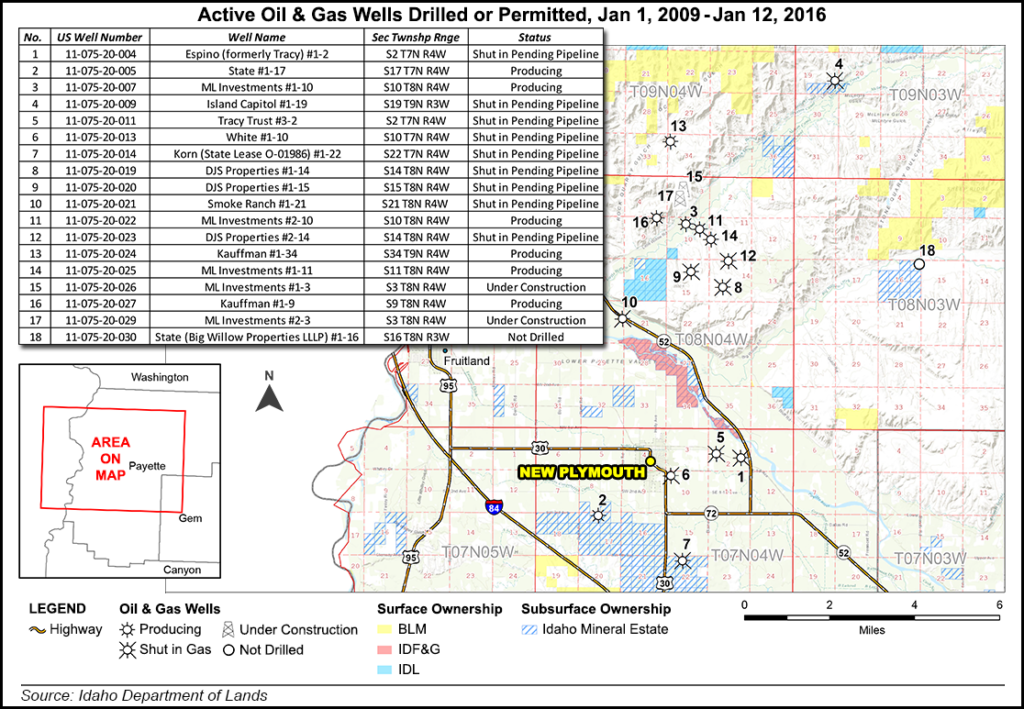 On Wednesday the final legislative package received sign-off from both houses of the legislature and was sent to Gov. C.L. “Butch” Otter for his signature.

Under the provisions of this bill, the state Department of Lands will be responsible for initial oil/gas permitting decisions while allowing the state Oil/Gas Conservation Commission (OGCC) to oversee and reverse decisions by the Lands unit. It gives Lands specific authority regarding spacing units and unit operations, along with the integration of tracts and providing confidentiality for certain information.

For the past three years, Idaho’s legislature has been passing bills anticipating the possibility of a more robust oil/gas sector developing in the state. Companies such as privately held, Houston-based Alta Mesa Holdings LP have been carrying out exploratory drilling in the state, which historically has had little oil or gas development. Last year, lawmakers passed three measures (HB 48, 49 and 50) updating rules regarding fees, permitting processes and operating regulations (see Shale Daily, May 1, 2015).

A partner of Alta Mesa in past years drilled new natural gas wells in western Idaho and sought to build a 10-mile gas pipeline that would connect new and existing wells to a pipeline connecting a major gas-fired power plant near New Plymouth, ID (see Daily GPI, July 17, 2013). In its most recent financial filings and on its website now, however, Alta Mesa makes no mention of its Idaho prospects.

Idaho three years ago established E&P rules, and a petroleum engineer was hired to oversee seismic testing in the western part of the state (see Shale Daily, July 13, 2012).

SB 1339 aims to create tighter deadlines for oil/gas industry appeals, among other things. The measure passed the lower House 31-4 and the Senate on Monday by 50-19 with one abstention.

State Representative Ilana Rubel told local news media she has been “inundated” with letters from constituents opposing the measure, and she is convinced the new legislation will restrict public input by cutting public comment periods to move permitting processes along more quickly.

Before the global oil price nosedive, there were prospects for a fledgling energy industry in Idaho. An Alta Mesa partner, Snake River Oil and Gas, owned existing wells drilled in the Willow Hamilton fields in Payette County by Bridge Resources. The two sold more than 100,000 acres of gas leases in the area, according to the Idaho Petroleum Council.

Nevertheless, the overall play was never anything other than very small, including 11 wells last year, according to a spokesperson for Snake River Oil and Gas. Last June, the state Lands Department approved two separate permits for Alta Mesa Services to drill in the area where in 2012 Bridge Resources discovered gas and condensate.

Idaho is not known to be underlain by any significant shale/resource plays. No more than one rig at a time has run in the state since Feb. 4, 2011, according to Baker Hughes data.