Intercontinental Exchange Inc. (ICE) has warned European Union (EU) members that implementing a cap on natural gas prices without allowing markets time to adjust would cause more instability and possibly force it to reconsider trading in the Netherlands. 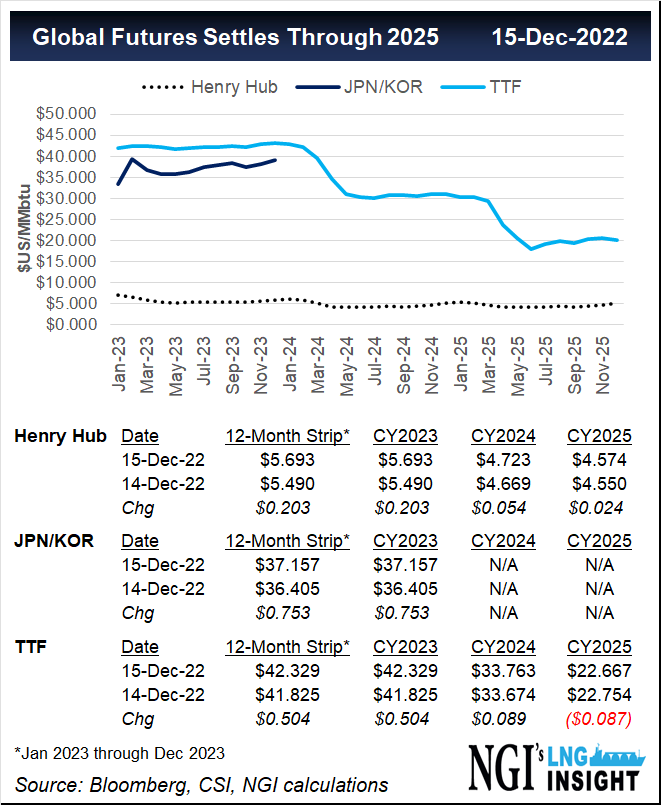 ICE has alerted EU members in a memo that proposals for an emergency mechanism to limit natural gas prices in the bloc could cause havoc in the market as traders rush to reevaluate their costs and risks, the exchange told NGI.

“If agreed, the market correction mechanism will be imposed on customers and the market infrastructure with no time for resilient testing and thorough risk management,” ICE said in a statement. “As a consequence, it is the responsibility of ICE as the market operator to consider all options if this mechanism is agreed, up to and including whether an effective market in the Netherlands is still viable.”

ICE has grown to become a preferred bourse for the global gas trade. The Dutch Title Transfer Facility (TTF) contract is traded on the exchange. The virtual pipeline hub is Europe’s leading gas benchmark. The contract produces a daily settlement price based on transactions of customers physically buying and selling natural gas. It is the world’s second most liquid natural gas contract after the U.S.-based Henry Hub.

Since a price cap proposal was unveiled in November, European Commission officials have debated several policies seeking to apply the brakes to gas market volatility and partially separate the price of LNG imports from pipeline gas and electricity rates on the continent. Several of those proposals have included price caps on imported gas and the creation of a new index.

EU leaders failed to agree on a price cap proposal again Tuesday, choosing to return to negotiations on Dec. 19 for the last scheduled meeting of the year. In the policy proposed last month, the EC outlined a price ceiling of 275 euros/MWh, or roughly $86/MMBtu, only if the price for two weeks remained above 275 euros and TTF prices were 58 euros, or roughly $18 higher than the price for LNG.

Since then, other proposals have ranged from 160-260 euros as countries like Belgium, Italy and Poland argue that a price cap will only be effective if it covers volatile spikes like the ones experienced in August. Austria, Germany and the Netherlands have opposed the ceiling and said a cap would divert supplies to more competitive markets.

ICE representatives told NGI the exchange has requested that the Commission conduct a study of the market impacts from any price cap before proceeding. In its own internal study of market impacts from a cap on the first three TTF contract months, ICE estimated a $33 billion additional margin for traders to reach in order to cover their risks. A study of the proposal by the Czech Republic, which called for lowering the cap to 220-275 euros, estimated a $47 billion margin.

“A margin increase of this scale could destabilize the market,” ICE representatives told NGI. “We are deeply concerned about whether the market can cope with meeting margin calls of this size. For European consumers, we expect gas prices to increase – not decrease – from the cap because higher margins and other higher costs caused by the drop in people being able to access this market to risk manage their gas price exposure will be passed on to European consumers in their energy bills.”

ICE is also working to bridge the growing gulf between LNG and pipeline gas prices in Europe. Earlier this month, it launched two futures contracts for LNG in Northwest and Southwest Europe. Those contracts haven’t been traded yet.