More transparency and connectivity could help Mexico’s natural gas market achieve its full potential, according to some of the largest pipeline operators serving the country. 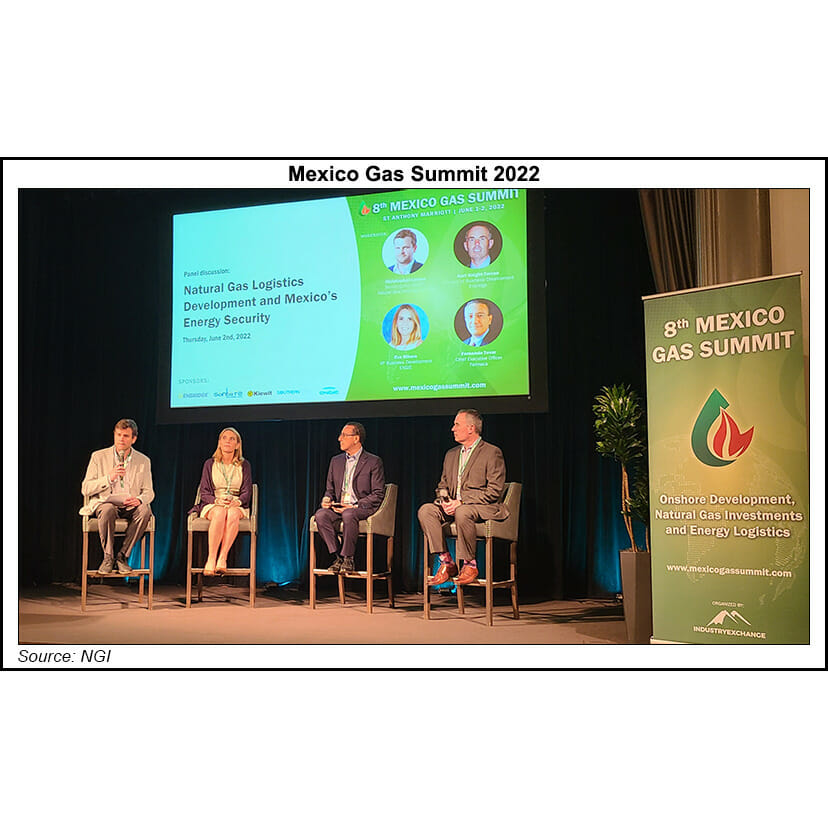 “I think depending on what pipeline you’re looking at, there are parts of the country where some of the Cenagas or CFE pipelines have 50% utilization of capacity,” said Fermaca CEO Fernando Tovar. “And yet at the same time, there are clients who are struggling to do their projects or to do additional expansion of their manufacturing facilities because they can’t get a hold of firm capacity for their projects.”

Rules to develop a secondary capacity market were approved under the previous government, but the initiative has since stagnated. No open seasons or capacity releases have been held under the current administration.

“The problem is that the secondary market has not been developed,” Ribera said.

Fermaca’s Waha-to-Guadalajara or Wahalajara pipeline system, for example, “could be a game changer,” said Tovar. The 886 MMcf/d system transports gas from the Permian Basin of West Texas and southeastern New Mexico to the industrial hub of Guadalajara in Mexico’s Bajío region.

Wahalajara could greatly improve the flexibility of Mexico’s pipeline network as a whole, “but there isn’t enough interconnection yet,” particularly in the Bajío, Tovar said.

More hubs and interconnections between Wahalajara and the Sistrangas national pipeline grid around Aguascalientes, Villa de Reyes, San Luis Potosí and Guadalajara would go a long way toward improving flexibility and stimulating gas demand in the region, according to Tovar.

“I think we need a lot more interconnection with private systems and Cenagas,” Tovar said.

Will Mexico Expand the Marine Pipeline?

The system’s utilization rate for most of that time, however, has been less than half, said Ribera.

The Yucatan has faced chronic gas and electricity shortages amid stagnant output by Pemex and insufficient transmission infrastructure.

Now, though, there is at least some light at the end of the tunnel, Ribera said.

She cited plans by state power utility Comisión Federal de Electricidad (CFE) to add more than 1,500 MW of sorely needed combined cycle natural gas generation capacity in the region, which she said currently has a deficit of about 900 MW.

The interconnection “was very good news, but the problem still exists,” Ribera said. “We do not have enough gas.”

The most feasible option to enhance gas supply to the Yucatan would be an extension of the 2.6 Bcf/d Sur de Texas-Tuxpan subsea pipeline, which stretches from Brownsville, TX, to the Port of Tuxpan in Veracruz. CFE has said a $4.5 billion extension project is in the works, but the timeline for its completion remains unclear.

Knight-Turcan said the massive natural gas pipeline buildout commissioned by CFE over the last decade will “pay dividends” for the company and Mexico. He said that while most of that capacity is vastly underutilized right now, that’s not necessarily a bad thing.

He explained that “you don’t build a highway and hope that it’s full 24 hours a day, seven days a week” right away.