Boston-based Greentown Labs, a “climate tech” start-up incubator, plans to open its second location next spring in the U.S. oil and gas capital of Houston, as city leaders move to transition from fossil fuels. 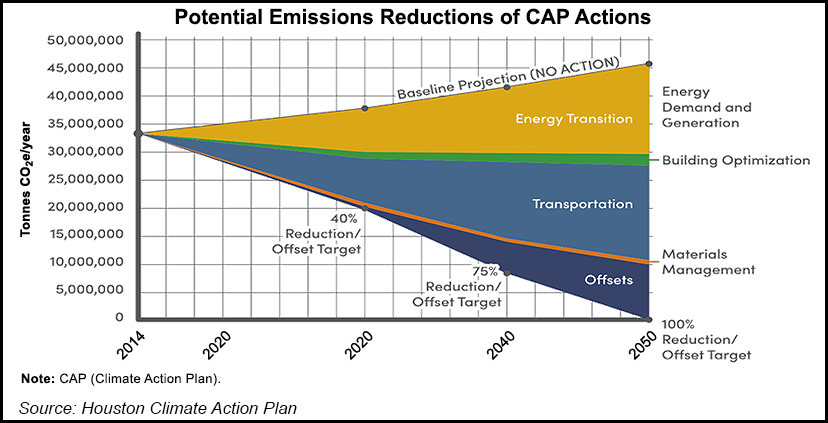 Houston Mayor Sylvester Turner was joined Tuesday to announce the news online with members of the Greater Houston Partnership and energy leaders from across the region. The hope is that the new hub could be a “catalyst in driving progress” for the energy transition in Houston toward goals recently outlined in Houston’s first-ever Climate Action Plan.

“Opening Greentown Labs’ second location in Houston, the energy capital of the world, is the best place to broaden our impact and help accelerate the energy transition through cleantech entrepreneurship, in partnership with the nation’s fourth largest city and the world-leading energy organizations headquartered there,” said Greentown CEO Emily Reichert.

Greentown’s 100,000-square-foot campus in Somerville, MA, is home to more than 100 startups and has supported 280-plus startups since the incubator’s founding in 2011. Altogether, the startups have created more than 6,500 direct jobs and have raised more than $850 million in funding.

“We believe the engineering strength, talent and assets of the energy industry in Houston can and must be redeployed toward a decarbonized future,” Reichert said. “Climate change cannot be solved from the coasts; we need all hands on deck at this time. Houston has the opportunity to be the energy transition capital of the world, and we believe bringing Greentown Labs to Houston will accelerate the shift in this direction.”

Turner co-chairs Climate Mayors, a bipartisan network of almost 450 U.S. mayors working on climate action goals. Houston, he said, “has set a strong example of how to combat climate change and lower emissions. Since 2005, the city has reduced municipal emissions by 37% through building efficiency upgrades, investing in renewable energy and converting to hybrid, electric and alternative fuel vehicles.

“Reducing Houston’s emissions and leading a global transition is a community-wide effort and will require action from residents and the business community. This is why it’s more important than ever to have partners and organizations like Greentown Labs, whose mission is to solve the climate crisis through entrepreneurship and collaboration.”

With the expansion into Houston, Greentown aims to build a bridge between the Boston and Houston metro areas. Both cities are members of C40, a network of the world’s megacities committed to addressing climate change, with a shared goal of carbon neutrality by 2050.

The Houston hub is to serve the same purpose as the Massachusetts hub for entrepreneurs in the region, and at its outset is expected to provide 30,000 square feet of prototyping lab and office space for about 50 startups.

The expansion is being made possible by a network of founding partners, all with offices in the Houston area, and many offered their support, including Chevron Corp., a longtime Greentown partner.

“Greentown will be an integral player in Houston’s growing innovation ecosystem and our region’s goal to lead in the energy transition by welcoming, aggregating and networking with startups, investors and needed resources,” said Chevron Technology Ventures President Barbara Burger.

Royal Dutch Shell plc has been a Greentown partner since 2013, and “we want to play our part and contribute to the global effort to tackle climate change,” said general manager Ajay Mehta of Shell New Energies Research and Technology. “It’s through collaborations with organizations like Greentown Labs that make our net-zero ambition achievable.”

Tudor, Pickering, Holt & Co. Chairman Bobby Tudor, who has urged Houston to embrace the energy transition, said the city “has a dynamic and forward-looking business community. With Greentown Labs now here, we have a terrific new partner in our efforts to build the energy industry of the future.”

NRG Energy Inc., one of the largest electricity providers in Texas through Reliant and a Greentown founding partner, also said the new hub would be instrumental to energy transition research.

“With a deep commitment to strengthen our communities by being an innovative pioneer, NRG and Reliant are honored to play a leadership role in bringing Greentown Labs to Houston as we work toward ensuring Houston stays the Energy Capital of the World and becomes the Energy Transition Capital of the World,” said NRG Executive Vice President Elizabeth Killinger.

BHP, a new Greentown partner, has a five-year climate investment program to develop technologies to reduce emissions from its operations and from resources it uses.

“We have many initiatives to reduce our carbon footprint, and throughout this process we have learned we need to leverage those outside our company and outside our industry to think of new ways to reach our goals,” BHP’s Michelle Thomas, head of Petroleum Innovation, said. “With the right support, the right environment and the right talent there is a lot of shared value to be created right here in Houston.”