A group of House Democrats is making another attempt to increase oversight of the oil and gas industry with a package of legislation that was introduced Monday. 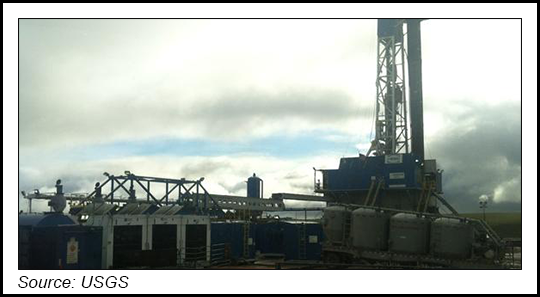 The legislation, including House Resolution (HR) 4014, takes aim at among other things hydraulic fracturing (fracking), which is used in unconventional drilling to complete wells.

The Fracturing Responsibility and Awareness of Chemicals Act, aka FRAC Act, would authorize the Environmental Protection Agency to regulate unconventional drilling. The act also would require chemical components used in drilling to be disclosed.

The legislation was introduced by Reps. Matt Cartwright of Pennsylvania, Yvette Clarke of New York, Diana DeGette of Colorado and Jan Schakowsky of illinois.

“The American people are sick and tired of living in a system that allows oil and gas companies to pump highly toxic chemicals into the ground we all share, with little or no oversight,” DeGette said. “We have to do more to protect people from the very real threat the use of these chemicals poses to nearby communities,” said DeGette, who for years has been a champion of more oversight of hydraulic fracturing.

“Our kids and grandkids deserve to grow up in a world with clean air and clean water,” Cartwright said. “But major loopholes fought for and won by big corporate oil and gas lobbyists threaten that future. The Frac Pack closes several of these decades-old legal loopholes, and protects our communities from harmful, dangerous pollutants.”

The package’s HR 3604, titled Safe Hydration Is an American Right in Energy Development, or SHARED Act, would require operators to report fracking’s impact on water quality. HR 4006, the CLEANER Act, or Closing Loopholes and Ending Arbitrary and Needless Evasion of Regulations, would end some cleanup exemptions under the Resource Conservation and Recovery Act implemented in 1976.

HR 4007, the FRESHER Act, is the Focused Reduction of Effluence and Stormwater Runoff Through Hydrofracking Environmental Regulation Act. It would mandate a study of the completion technique’s effect on stormwater runoff. HR 585, Closing Loopholes for Oil and Other Sources of Emissions, or CLOSE Act, would remove the “aggregation exemption and increase oversight of drilling to monitor air pollution.

What Congress has primarily focused on in previous versions of the legislation is the Energy Policy Act of 2005, which exempted fracking from federal water laws, aka the Halliburton loophole. Fracking uses copious amounts of water to unlock tight reservoirs.

Previous attempts to enact similar FRAC Acts all have failed to advance in the House or Senate.

An initial 2009 proposal would have defined fracking as a federally regulated activity under the Safe Drinking Water Act and required the industry to disclose the chemical additives used. A similar package was introduced in 2011 and in 2017, both of which died in committee.