The U.S. land rig count dropped by another 13 units for the week ending March 11 when there was an exodus of horizontal rigs that saw Texas leading declines among the states. 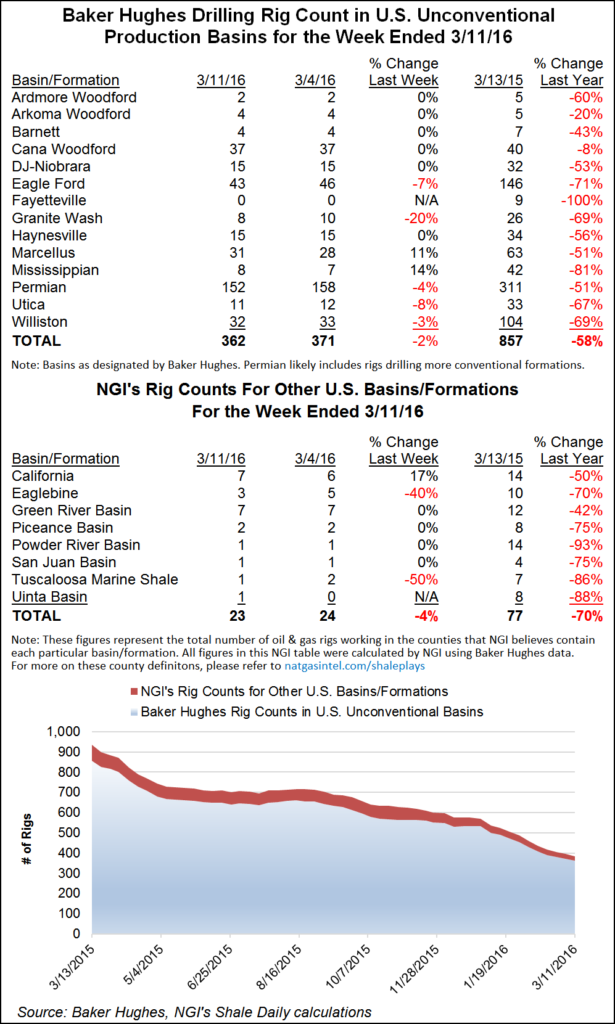 The land rig decline was offset by three units returning to the offshore and one to the inland waters to yield an overall U.S. decline of nine units. The U.S. count ended at 480 for the week with 450 of these rigs on land.

Fourteen horizontal units left the game in the United States, joined by three vertical rigs; however, directional rigs staged a comeback, adding eight units to their tally. Still, the overwhelming majority of rigs running in the United States are horizontals, which numbered 375 as of last Friday, according to Baker Hughes Inc.

Last week, the U.S. count saw the departure of six oil rigs and three natural gas units. There were 386 oil rigs running and 94 gas-directed units. One year ago there were 866 oil units running and 257 gas rigs.