Some Maine residents who rely on natural gas-fired electricity could see a nearly 90% jump in their monthly rates starting in January, according to the Maine Public Utilities Commission. 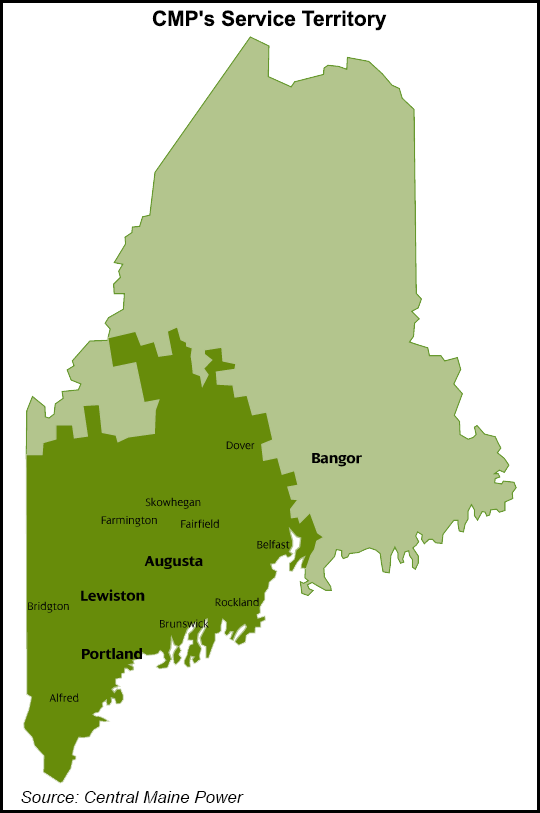 A commission spokesperson confirmed to NGI that “more than half” of Maine’s electricity is generated from natural gas.

Customers who do not choose their electricity supplier receive standard offer supply by default, the commission explained. The standard offer amount makes up about 50% of a total customer bill. An electric bill also includes electricity delivery rates, the regulator added.

On Tuesday, the commission said that it has entered into a three-year contract naming New Brunswick Energy Marketing Corp. as the standard offer provider for MPD residential, small non-residential and medium non-residential classes beginning Jan. 1. It noted the three classes’ prices are indexed to standard offer prices in comparable classes for CMP and Versant-Bangor Hydro through 2022.

Medium-class customers would see the supply portion of their bill go up 86% on average, said the commission. Pointing out that prices in this class vary by month, the regulator said the annual average price will be about 10.47 cents/kWh. It also emphasized that the increases “apply to customers who do not purchase electricity from a competitive supplier of their choosing,” instead opting for the standard offer by default.

The regulator noted that it set the rates through a competitive bid process involving multiple sealed proposals, as required by state law.

Bartlett called the supply rates “competitive” and the commission observed that regional electric power market prices are “strongly influenced by natural gas.” Moreover, the commission stated that prices are trending sharply upward across energy sectors. Although natural gas prices jumped 94.8% year/year as of Oct. 2021, heating oil rose 121.7% during the same period, the regulator said. In addition, the commission noted the standard offer rate and wholesale electricity rate rose 77% and 126.3%, respectively, from November 2020 to November 2021.