The highly controversial 26-year reign of Carlos Romero Deschamps as leader of the union of the Mexican national oil company PetrÃ³leos Mexicanos (Pemex) has reached its end. 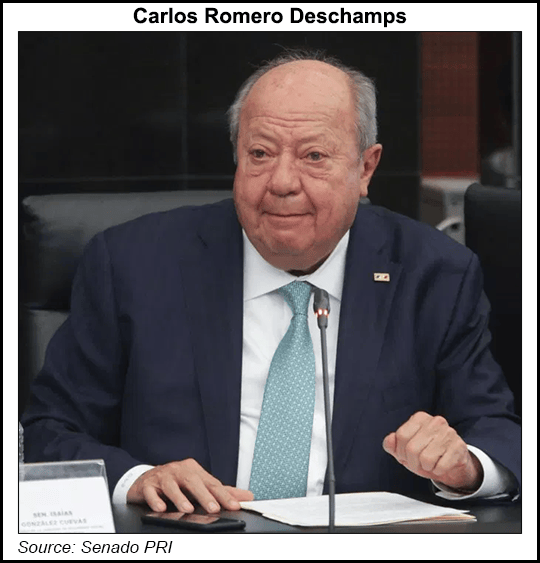 President AndrÃ©s Manuel LÃ³pez Obrador on Wednesday announced that the Attorney General’s Office is investigating “matters relating to financial resources obtained in the course of inquiries by the financial intelligence unit of the Finance Ministry,” and Deschamps resigned later in the day.

The financial intelligence unit specializes in the money laundering of proceeds from such illicit activities as the narcotics trade and financial corruption in general.

LÃ³pez Obrador earlier had said that Romero Deschamps would be “within his rights” to leave his union post in order to confront any accusations that he might face.

Romero Deschamps and his life of luxury have been an embarrassment for a president whose image of austerity in his personal life and in government is his watchword, and the union head’s resignation is a symbolic victory for a government that swept to power on the promise it would end corruption.