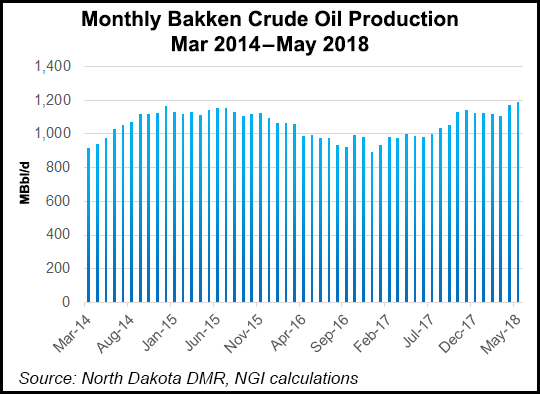 Proceeds from a sale in the Utica Shale are to be ploughed back into the highest-return assets, which are split between offshore Guyana and the Bakken, CEO John Hess said during a conference call to discuss second quarter results.

North Dakota continues to be the producer’s largest holding at more than 500,000 net acres, the CEO said. As reported earlier this year, the company plans to deploy a fifth rig in the Bakken by the end of September and a sixth one by the end of the year. A third hydraulic fracturing crew is soon to be added.

A comprehensive Bakken study this year also should be completed to determine the best drilling methods moving forward, including its heavily touted plug-and-perforation (perf) technology.

Regarding the reported 24-40% initial performance improvement on the plug-and-perf wells, the company does not plan to raise its production guidance volumes in the Bakken until it has more data.

“With the improved completion techniques, we’re doing our completion study to optimize our investment in the Bakken,” Hess said. “We’ll be ready to share the results of that study around the end of this year. We hope we can give more specificity and clarity to what our future production rates might be in the Bakken.”

In the second quarter, Hess drilled eight wells and brought 27 online. For the full year, the company expects to drill about 120 wells and bring 95 online, assuming a sixth rig is in operation by the end of the year.