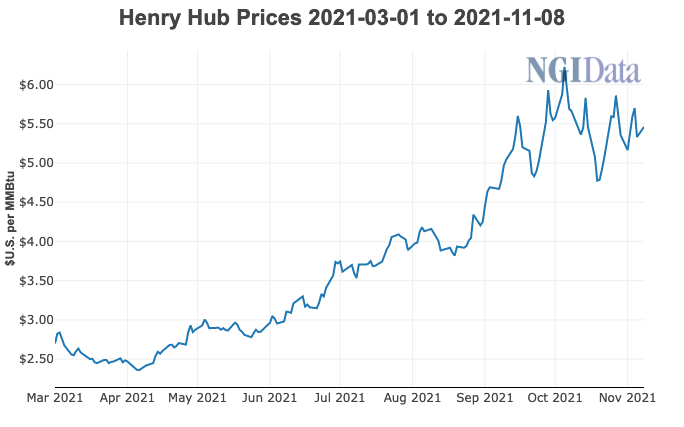 In its latest Short-Term Energy Outlook (STEO), EIA reported an average Henry Hub spot price of $5.51 for October, up from $5.16 in September and well above the $3.25 average seen through the first half of 2021.