Tulsa-based rig specialist Helmerich & Payne (H&P) has decommissioned dozens of rigs and laid off close to 3,000 people, with the biggest impact felt on its Lower 48 operations, but Covid-19 is having one positive impact as customers look for social distancing solutions through automation and technology. 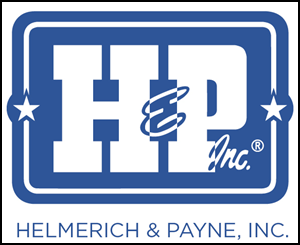 CEO John Lindsay and CFO Mark Smith discussed the good, the bad and the ugly during a fiscal second quarter conference call and what they foresee for their global exploration and production (E&P) customers.

Lindsay, who has worked at H&P for 33 years, said this downturn has “unique characteristics,” as lower oil and gas demand has led E&Ps to shun drilling. Those rigs left standing, such as H&P’s super-spec FlexRig fleet, are likely to survive and thrive going forward as customers lean into technology and efficiency.

“We are drawing on learnings from the 2015/2016 downturn to idle rigs more efficiently, and we’re seeing additional innovative efforts throughout the company pay off and anticipate that this will continue,” Lindsay said.

“While the reduction in our rig count has adversely affected the number of rigs we currently have under performance-based contracts, we expect the total of these to represent a larger percentage of our active FlexRig fleet over time.

“The importance of well economics is magnified under these stressed market conditions, and combining our digital technology solutions and the commercial model becomes even more appealing to some customers who recognize that wellbore quality and placement improves the lifetime value of the well.”

The Covid-19 pandemic has led everyone to adjust to remote office environments, and for H&P’s field operations, this has translated “to the logistical challenge of reducing virus exposure and screening rig site crews and third-party personnel,” Lindsay said.

“We have this ability to de-man. We have this ability to automate directional drilling. And again, as you start thinking about having exposures, health exposures to the virus, there’s another level of desire to de-man for those reasons…We’re seeing a pickup in interest. We continue to have very good meetings with customers, both large and small, and I think that’s encouraging.

As to where rigs are falling, it is “really indiscriminate,” he said. “It wouldn’t matter what the price of the rig would be. As you know, as everybody has seen, a lot of E&Ps are either cutting their rig count by 65%, 50%, 60%, 65%, 75% or and some have even gone to zero…In those cases, it doesn’t really matter about the rig.”

H&P is making the case to customers that the “day rate model is obsolete, needs to be retired. That’s the way that we’re going to approach this. There’s a huge value proposition that we can provide at H&P, and we’re seeing that in the conversations that we’re having with customers.

“So even in this environment that we’re seeing right now, we’re entering into contracts with customers that are win-win-type contracts…We’re doing our dead-level best to align ourselves with the customer’s objective to enhance the economic returns…

“Every customer is different. We don’t expect to have a one-model-fits-all. We’ve got an organization that’s capable of adapting to that, and that’s part of our restructuring.”

The timing of a recovery isn’t clear, but the industry consensus appears to be pointing at a “higher velocity” than previous downturns, Lindsay said. “With deep cuts to personnel, we would expect any recovery will occur without the benefit of a large portion of the industry’s seasoned veterans as many will likely leave the energy industry during this latest downturn.”

Cost reductions are paramount, however, E&Ps are doing more than reducing their workforces, Lindsay said.

“They are also asking how their organizations need to change to survive and be competitive with increasing cyclicality. And like other industries have experienced, automation and digitization of operations is common in these conversations.”

H&P Technologies (HPT) automation solutions, such as AutoSlide, have in fact remained stable. There are signs, Lindsay said, that the “logjam has been broken that has previously hindered progress toward automation at the rig…”

H&P has downsized the U.S. rig fleet to eight from 43 for the rigs that are not part of the top-of-the-line FlexRig fleet, Smith said.

The company averaged 190 working rigs in the U.S. Land segment in the second quarter, but it exited March with 150 in the field. Operating expenses increased because of the quarter-end rig releases, which resulted in trucking costs for demobilizations, as well as stacking costs when the rigs arrived at various yards.

“We have seen more than 115 rig release notifications since early March,” said the CFO. “We expect to end the third quarter below 70 rigs, with the vast majority of that decrease happening prior to June 1. Included in our contracted rigs are approximately 10 idled rigs that are generating some margin.”

The precipitous decline in U.S. Land activity has resulted in “the unfortunate reduction of our field workforce, impacting over 2,800 individuals,” Smith said. “Therefore, we are working in the month of May to finalize the reorganization of U.S. Land fixed operational overhead with plans to reduce our number of districts from seven to four.“

Less overhead should save around $50 million in direct operating expenses “while still allowing us to serve customers throughout the existing basins where we work. We have long owned the majority of the facilities where we operate and have our FlexRig fleet proportionally stored in those yards relative to the working rig utilization levels of this last cycle.”

However, even with the overall contraction, H&P expects a “larger portion” of its working fleet to shift to new commercial models…The value delivered to customers for wells drilled more efficiently and of higher quality requires different pricing discussions with our customers. We will now begin to speak in a different way as well in our discussions with investors.”

For the International Land segment, H&P averaged 17 active rigs in the quarter, down slightly sequentially as an increase in the Middle East offset most of the decline in Argentina. Activity in Argentina was expected to suffer from the “local macroeconomic situation and roll-off of legacy contracts,” Smith said, but “the recent oil price declines have exacerbated and accelerated the pace of that decline.”

In the Offshore Operations segment, H&P has five of eight rigs contracted. The segment is expected to generate $4-6 million of operating gross margin in the third quarter, with management contracts generating another $2 million.

H&P incurred a quarterly net loss of $420.5 million (minus $3.88/share), versus a year-ago profit of $60.9 million (55 cents). For fiscal 2Q2020, H&P recorded a one-time impairment of $563 million following an analysis of the fleet with less value for E&Ps, i.e., not FlexRig super-specs. A total of 95 rigs were impacted by the impairment, with 37 decommissioned by the end of March.

Quarterly revenue climbed to $634 million from sequential revenue of $615 million, primarily because of $10.4 million in early termination fees as E&Ps dropped rigs in the U.S. Land segment.

Capital expenditures for fiscal 2020 are expected to be $185-205 million, a reduction of $90 million-plus from initial guidance and more than $260 million lower than in 2019. Future quarterly dividend payments have been cut by 65% to 25 cents/share to save around $200 million on an annualized basis.

Rig segment guidance from this point forward is to be on segment margins, Smith noted, defined as operating revenues less direct operating expenses, and not on individual rig rates.