The Haynesville Shale, the second largest dry natural gas producing area in the United States, is positioned for a 20% decline in output and activity to 2023 if Henry Hub prices were to maintain an average of $1.80-1.90/MMBtu. 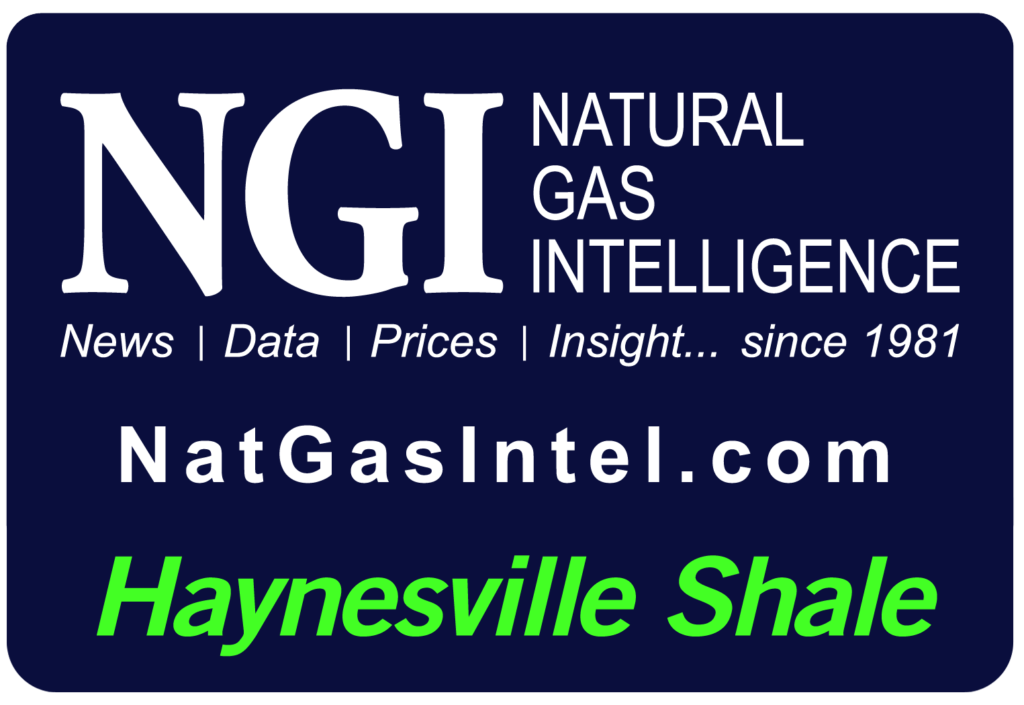 The first quarter of 2020 has already witnessed a decline in the massive play, which straddles East Texas and North Louisiana, according to Rystad Energy. Analysts in a report Tuesday said the well counts in each quarter between the fourth quarter of 2017 and the third quarter of 2019 were 110-120 wells. However, the well count fell to a mere 85 wells in the first three months of this year.

Rystad predicted that at the current rig count, the Haynesville well count could decline by an additional 10 wells in 2Q2020. As of last Friday (May 8), Baker Hughes Co. said the rig count in Louisiana, centered in Haynesville, was 32 units, compared with 52 units in 2019.

As a result, only an average of 20 horizontal wells per month may be producing, analysts said. Haynesville gross gas output could decrease from 12.5 Bcf/d to 10 Bcf/d throughout 2020-2022, then possibly stabilizing in 2023.

“In a Henry Hub environment of $2.20-2.40, we see the running rate of activity at around 30 horizontal wells per month in the medium-term,” Rystad analysts said. “Such an activity level delivers almost a perfect match with maintenance requirements, with production remaining close to 12.5 Bcf/d in 2020-2023. Higher gas prices are sufficient to trigger continuous production growth in Haynesville.

“In a $2.70-3.00 Henry Hub environment, the running rate of activity is set to increase to 40 wells/month, sufficient to see another 3 Bcf/d added by Haynesville before the end of 2023.”

As a result of the drilling decline, operators began reaching into previously drilled but uncompleted wells, aka DUCs, during 4Q2019 into 1Q2020. Rystad estimated that Haynesville operators put 94 horizontal wells on production in 1Q2020, though the recent decline in fracturing to complete a DUC could likely amount to a 15% contraction in activity from wells previously put on production in 2020.

The Haynesville boasts the highest production contribution from private exploration and production (E&P) operators in all other major unconventional oil and gas basins in the United States, Rystad noted. Throughout 1Q2020, private E&Ps contributed 60% of total output in the region at 7.2 Bcf/d gross output. Private E&Ps prompted almost all recent growth in the Haynesville region.

The private E&Ps had a back-loaded growth schedule throughout 2019 and propelled year/year growth to a record high level unseen since 2018 at about 1.5 Bcf/d, according to Rystad’s analysts.

In turn, the short-term growth for public E&Ps and supermajors in the region have shown little to no growth on a year/year basis as of 1Q2020. A growing number of these public E&Ps are, nonetheless, managing a plateau.