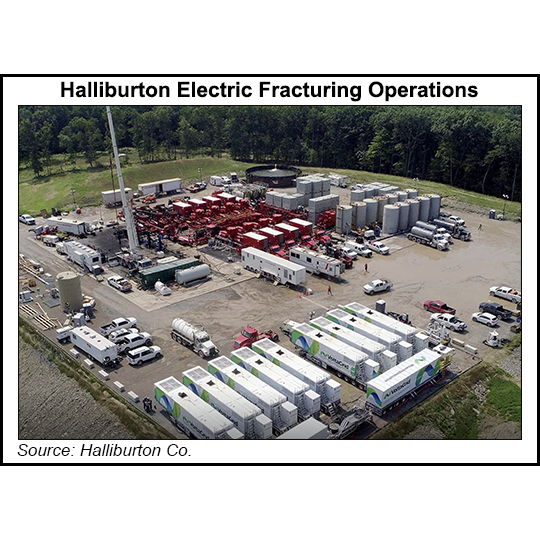 Well completions fetched higher prices and customers clamored for more products, signaling a solid business environment ahead for natural gas and oil, Miller said during a quarterly conference call. As an example, Halliburton’s operating margin climbed to 17.5% in 4Q2022, up 460 basis points year/year and the highest since early 2012.

“Everything I see today points toward continued oil and gas tightness,” Miller said during the call. “Given the increased spend required to grow and replace production, I expect activity to remain strong and service intensity to increase through 2023. I see the same supply side challenges in the international markets, with one indicator being that despite OPEC’s 2022 production quotas, several members did not meet their goals.”

Miller noted the “resilience of oil and gas demand throughout 2022, even as central banks raised interest rates to combat inflation…It’s clear to me that oil and gas is in short supply, and only multiple years of increased investment in both stemming declines and reserve additions will solve short supply.”

Exploration and production companies need to make investments, which in turn “will drive demand for oilfield services for the next several years,” Miller noted. “The unique feature of this upcycle, as I see it, is the investor-driven return discipline by both operators and service companies, which I expect drives a longer duration cycle and translates into years of increasing demand for Halliburton services.”

North American ‘Surprise To the Upside’

Quizzed about North America’s declining rig rate and whether that could decimate activity, Miller said, “North America, in my view, will surprise to the upside. Our outlook is north of 15% growth. Clearly, we outpaced that last year, and that’s what I said last year.

“I don’t have any clients that…plan to get smaller. They all plan to grow. And I think that North America has a dynamic of the more you grow, the more the market has to work in order to maintain even the growth given decline curves.”

Throughout 2023 and “likely beyond,” the CEO said he expected to see “increased service intensity” in North America. “So, the more activity we see, then ultimately, the more price we will see, and so I am very positive on ’23 North America…I think the concerns are misplaced,” he said of concerns about rig activity.

“The market for equipment is tight. Lead times for new and replacement equipment remain long, and service companies remain disciplined. Our completions calendar is fully booked and pricing continues to improve across all product service lines.”

“These are a few examples of how technology maximizes value in North America. Each example delivers better margins either by reducing capital costs or increasing capital velocity and in many cases, both.”

Meanwhile, international activity – nearly half of Halliburton’s business today – is projected to climb this year by “at least the mid-teens, with most new activity coming from the Middle East and Latin America,” Miller said.

“If this upcycle continues, I believe that we will see substantial growth in all international markets, both onshore and offshore, led by development activity and increased spend at the wellbore.”

Halliburton, the No. 1 well completions company in North America, reported that revenue from the Completion and Production unit rose by nearly one-third year/year to $3.2 billion from $2.4 billion.

In Halliburton’s other business unit, Drilling and Evaluation, revenue increased year/year to $2.4 billion from $1.9 billion. The gains resulted from more drilling-related and testing services, as well as year-end international software sales and higher project management activity in Mexico.

North America revenue came in at $2.6 billion for the final three months of 2022, compared with $1.8 billion a year earlier on improved activity across multiple product service lines in the Gulf of Mexico.

Halliburton recorded $366 million of impairments and other charges for 2022, primarily because of marketing assets in Russia, which were sold in August.