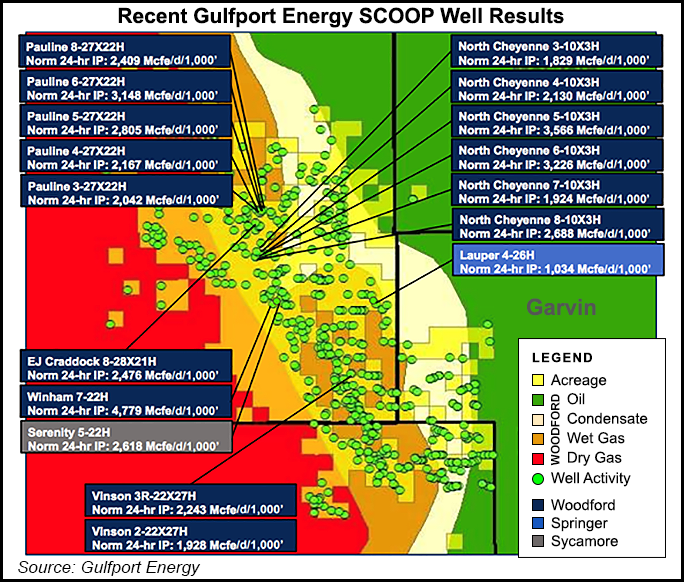 The company, which beat Wall Street consensus for most of 2017 after entering the SCOOP early in the year, during the first quarter again topped analyst estimates, reporting Thursday it produced 1.288 Bcfe/d, which consisted of 88% natural gas, 8% natural gas liquids and 4% oil.

Gulfport reported an average realized price of $2.81/Mcfe for the first quarter, versus $4.36 in 1Q2017. Realized prices for the period included a hedging loss of $25.4 million. Before the impact of derivatives, the realized price of gas was $2.95/Mcfe, compared with $3.05/Mcfe in the year-ago quarter.