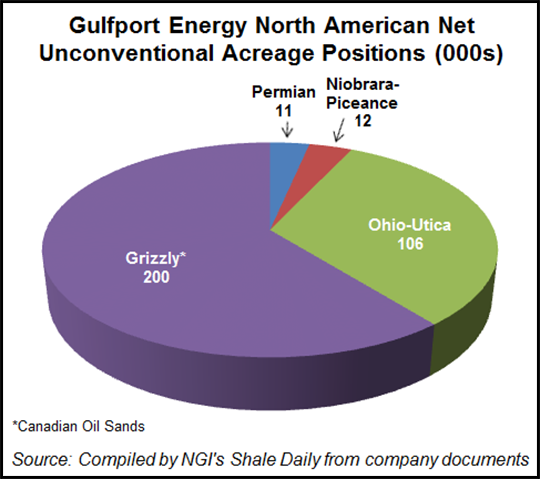 Eleven horizontal wells are scheduled to be online by June, Gulfport said.

“The delay in flowing the remainder of the wells drilled in 2012 is primarily associated with MarkWest [Energy Partners LP]’s challenge to obtain right-of-way and acquire necessary state and federal permitting,” Gulfport said. “[We] have been working closely to address these matters and expect all wells spud in 2012 to be connected and flowing by the beginning of June.”

A third drilling rig contracted for the Utica is scheduled to begin operations in early March.

Gulfport is scheduled to release its quarterly and full-year 2012 earnings report on Feb. 26; a conference call is scheduled for the following day.