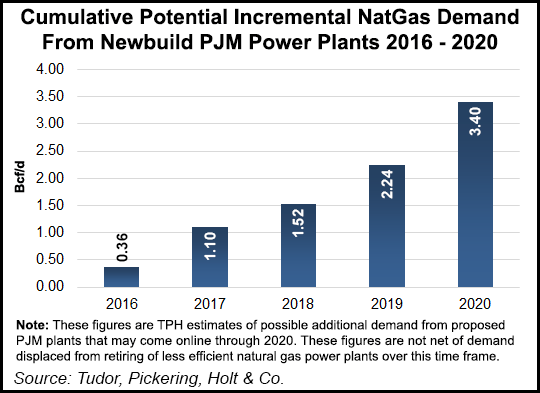 The Natural Resources Defense Council (NRDC), Sierra Club and Union of Concerned Scientists filed a lawsuit in the U.S. Court of Appeals for the D.C. Circuit last Friday, challenging a FERC order issued in 2015 that approved changes to capacity performance pricing proposed by PJM in response to the unusually cold temperatures during winter 2013/2014.

The changes, designed to reward generators for delivering energy under emergency conditions, came after some of PJM’s generation capacity failed to respond during some peak demand periods created by the polar vortex.

In May, the Federal Energy Regulatory Commission voted 3-1 — with Chairman Norman Bay casting the dissenting vote — to deny a rehearing request filed by opponents of the capacity performance rules, leaving challengers to turn to the courts.

“PJM’s rules would significantly increase costs to customers and punish the same clean energy and demand response resources that helped keep the lights on during the extreme weather events of the last couple of years,” Sierra Club staff attorney Casey Roberts said. “America’s rapidly growing clean energy sector has shown time and again that it is a vital part of our energy markets, and these new rules give polluting fossil fuels an unfair advantage to the detriment of energy customers’ wallets.”

NRDC attorney Jennifer Chen said the rules “favor expensive, polluting power plants over clean energy. That’s a bad deal for consumers and the environment. PJM, which procures more electricity than any other grid operator, shouldn’t be increasing its reliance on fossil-fueled power to meet future electricity demand when affordable wind, solar, and other clean energy options are readily available.”

PJM serves as the grid operator for all or parts of 13 states and the District of Columbia, including key Marcellus and Utica shale production regions in Pennsylvania, Ohio and West Virginia.

FERC’s May order to deny rehearing of the PJM capacity performance rules noted that the changes, which established bonus payments for capacity that can deliver during critical periods and penalties for resources that are unable to meet commitments, are “part of a broader effort to ensure that the competitive wholesale markets continue to meet the needs of customers.”

The changes also reflect an effort to ensure reliability as more natural gas-fired power plants are brought into the generation stack, FERC wrote.

“While parties argue on rehearing that PJM already has sufficiently addressed the poor performance issues without the need for this proposal, we continue to find that PJM demonstrated that ongoing changes in the resource mix in the PJM region justify an enhanced capacity product, citing evidence of current and expected generation retirements in PJM and PJM’s increased reliance on natural gas as a fuel source,” FERC wrote.

“We note that PJM’s proposal is part of a broader effort…to adapt the nation’s wholesale electric markets to the underlying changes in how electricity is generated and ensure that reliability is sustained during and after that transition. For example, in recent years, the Commission has convened technical conferences specifically addressing the operation of wholesale capacity markets and the increasing importance of coordination between the electric and natural gas industries for the reliability of the nation’s electricity supply.”

With a need to replace retiring coal plants, and with an abundant supply of cheap gas nearby, gas-fired power plants have been proliferating in the Marcellus and Utica region (see Daily GPI, May 13).

In a note, analysts with Tudor, Pickering, Holt & Co. said there had been a “rush to build” combined-cycle gas turbine (CCGT) power plants in the Marcellus and Utica, with 22-30 PJM gas plants slated to come online in the 2016-2020 timeframe. These plants could provide an estimated 21-28 GW of capacity and consume 2.5-3.4 Bcf/d “if taken in isolation.”

In his dissenting opinion in the order to deny rehearing of the PJM capacity rule changes, Bay said FERC “failed to adequately consider the costs of the proposed changes or to compare those costs with the potential benefits. Indeed, the record to date suggests that the multi-billion dollar cost to consumers exceeds the benefits.”

Bay also wrote that the rule changes, as designed, are “flawed” in that “compensation for capacity resources is so generous, and the penalties for non-performance are so weak, that resources can profit even if they are unable to perform when they are most needed, thereby undercutting the very purpose of the program.”