Goodrich Petroleum Corp. Tuesday turned in results for its latest Tuscaloosa Marine Shale (TMS) well, and they show improvement from some other wells recently drilled in the play. 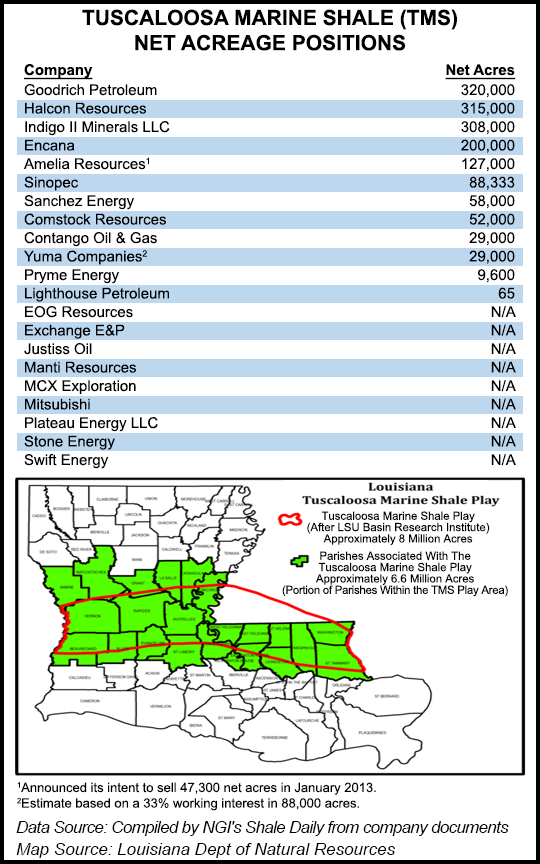 Wells Fargo Securities analyst Gordon Douthat said in a note that the results translate to 210 boe/d per 1,000 feet of lateral or 57 boe/d per frack stage, which is “on par” with the “best results” in the play to date.