Almost 42% of the natural gas and more than half of the oil produced in the U.S. Gulf of Mexico pre-Hurricane Laura remained shut-in on Monday, according to reports from 35 exploration and production companies. 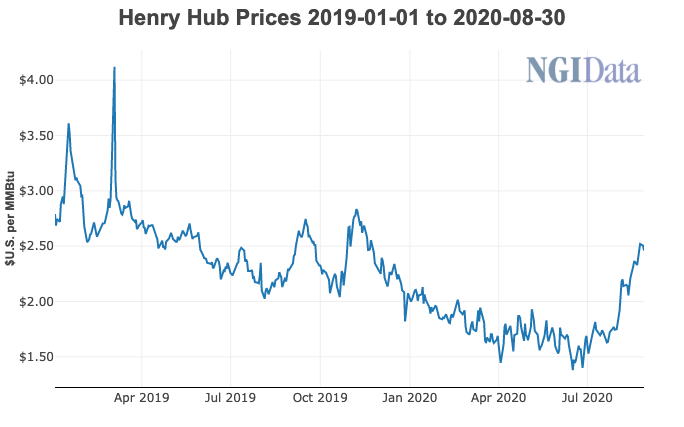 Turning power back online was proving difficult in hard-hit Lake Charles, LA, where the brunt of the Category 4 storm came ashore.

As of early Monday, 305,000 customers still were without power across Louisiana, with another 58,000 estimated to be without power in Texas, according to the Department of Energy (DOE).

“Damage assessments and restoration efforts are underway across the affected region,” DOE said in an update. “Some of the hardest hit areas continue to have limited access due to flooding and/or debris.

“Full restorations for the most significantly damaged areas in western Louisiana could be extended, with full restoration for some portions of southwest Louisiana taking up to several weeks.”

More than 29,000 personnel from at least 29 states, the District of Columbia and Canada were supporting restoration efforts. Laura caused “significant damage to transmission infrastructure in Louisiana and Texas, especially in coastal areas,” which is a key priority for utilities to enable other phases of restoration, DOE noted.

Most of the ports in Texas and Louisiana, with the exception of Lake Charles, were getting back to business.

Beaumont/Port Arthur area refineries also have begun restarting operations, “which could take more than a week,” according to DOE. Motiva Enterprises LLC, an affiliate of Saudi Refining Inc. and headquartered in Houston, is expected to begin bringing production back online in Port Arthur this week; the refinery is able to process around 607,000 b/d.

As forecast, more storms could be in offing, according to the National Hurricane Center.

In a 1 p.m. CT tropical weather outlook issued Monday, forecasters said a “broad area of low pressure” associated with a tropical wave over  the central Caribbean Sea had remained disorganized since Sunday.

“However, environmental conditions are expected  to gradually become more conducive for development, and a tropical  depression is likely to form during the next couple of days while the system moves westward at 15-20 mph. Interests in Jamaica, Honduras, Belize, Guatemala and the Yucatan peninsula should monitor the progress of this disturbance.”

An area of low pressure also was reported about 135 miles southeast of Wilmington, NC that “continues to be better organized” with a tropical depression expected to form later Monday.