Global demand for refined products is expected to peak in 2036 and then decline by 2050 lower than 2019 levels, according to a new forecast by IHS Markit. 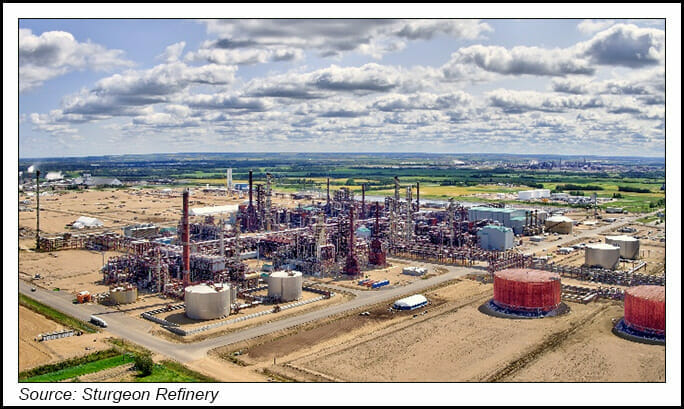 From 2021 to its 2036 peak, total refined product demand is expected to grow by nearly 9 million b/d. Refined products include production from refineries, such as gasoline, jet fuel, diesel, fuel oils and biofuels. It excludes natural gas liquids.

“The energy transition has accelerated during Covid-19, and the combination of changing consumer habits and a heightened sense of urgency around climate change will result in greater political commitment and financial backing for decarbonization of the industry,” said IHS Markit’s Sandeep Sayal, vice president, oil markets and downstream refining.

“However, some of the more accelerated scenarios that envision net-zero emissions and dramatically lower oil demand stretch the limits of what is technologically and politically feasible and remain outside of the base case.”

For example, accelerating electrification and green hydrogen use beyond the current trajectory would be required for a net-zero emissions case. The scenario also would require all regions “to emerge from the pandemic with significant increases in levels of investment for low or zero carbon technologies.”

After refined product demand peaks in 2036, consumption is expected to decline by more than 5 million b/d to around 85.5 million b/d by 2050. That would put it below 2019 baseline levels, according to the consultancy.

Biofuels added to refined products are projected to grow by more than 2 million b/d by 2050, or almost double from today’s levels.

“The new IHS Markit base case scenario is ambitious in terms of acknowledging energy transition goals,” Sayal said. “But it reflects a pragmatic and plausible approach to the implementation and timing of those goals, one that factors in economic recovery and demand growth in the medium term before there is a peak.”

Under the base case scenario, all sectors of the economy would be affected “by the gradual dilution of the role that the traditional refinery plays in energy production as demand for fossil fuels lessens,” the researchers noted.

Road transportation would be impacted by more stringent fuel economy standards, along with the anticipated increase in plug-in electric vehicle (EV) penetration. The percentage of the EV on-road fleet is predicted to expand to above 44% by 2050  from less than 1% today.

In the marine sector, hydrogen and ammonia alternatives also should reduce the share of traditional fuel oils to below 60%. Biofuels blends also are predicted to penetrate demand sectors outside of motor fuels, reaching 15% of global jet fuel demand by 2050.