The Saudi Arabian Oil Co., better known as Aramco, recorded a substantial increase in profits during the third quarter on rebounding global energy demand, which is likely to “remain healthy for the foreseeable future,” CEO Amin H. Nasser said. 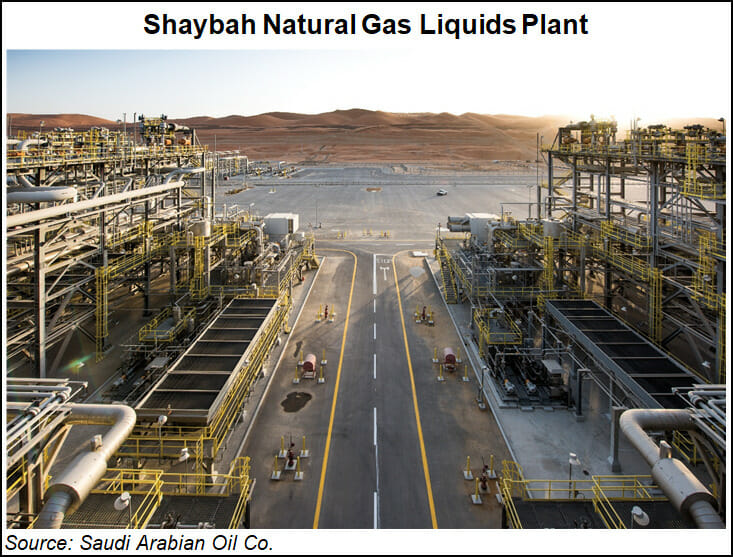 “Some headwinds still exist for the global economy, partly due to supply chain bottlenecks, but we are optimistic that energy demand will remain healthy for the foreseeable future,” he said.

“Looking ahead, we are maintaining our strategy to invest for the long term, and we will build on our track record of low-cost and low-carbon intensity performance to advance our recently announced ambition to achieve net-zero Scope 1 and Scope 2 greenhouse gas emissions across our wholly owned operated assets by 2050.”

The largest oil company in the world last month set the goal to cut direct and indirect emissions by 2050, which complement the Kingdom’s aim to reach net-zero emissions by 2060.

“Aramco recognizes both the scale and urgency of the climate challenge as well as its responsibility to help address it, as the world’s largest energy company,” Chairman Yasir Al-Rumayyan said. “Reducing emissions, while meeting the world’s continuing energy needs, is one of the biggest challenges of this century.”

Aramco’s goal to reduce emissions, said Nasser, “is a historic step forward that will help tackle the most pressing challenge facing humanity. Our past success has not been measured by quarters or business cycles, but across generations. The same will apply to the positive results from our net-zero ambition, as the actions we take in the coming years will help safeguard our planet for future generations.

“The road ahead will be complex, as the world’s transition to a more sustainable energy future will require collective action and major technological breakthroughs. But we remain focused on delivering reliable and affordable energy, investing for the long term as our efforts to further reduce emissions gain momentum.”

The company during 3Q2021 also expanded its industrial investment program, Aramco Namaat, by signing 22 memoranda of understanding and one joint venture agreement. The program is focused on capacity building in the sustainability, technology, industrial and energy services, and advanced materials sectors.

During the third quarter, total hydrocarbon production was 12.9 million boe/d, including average oil output of 9.5 million b/d. During 2Q2021, output averaged 11.7 million boe/d. As global demand persisted, the Ministry of Energy had directed Aramco to increase production during the quarter.

Aramco in early October said the worldwide thirst for natural gas had boosted oil demand by 500,000 b/d, or 100,000 b/d more than the pace of increases by the Organization of the Petroleum Exporting Countries and its allies. The cartel already has approved another 400,000 b/d production increase for November, continuing a plan launched in August.