The Port of Corpus Christi in South Texas, one of the nation’s top oil and natural gas exporters, has signed a memorandum of understanding (MOU) with Europe’s largest port in the Netherlands to advance global maritime operations. 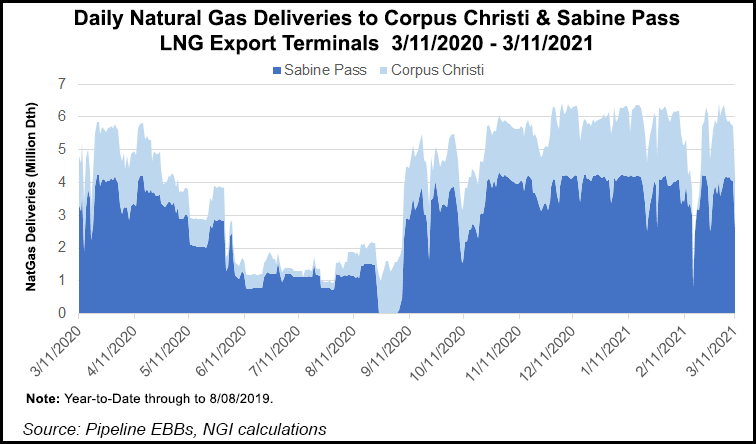 Co-developing trade and commercial opportunities, exchanging information and advancing the development and deployment of technologies related to navigational safety and environmental protection are some shared objectives outlined in the MOU between Corpus and the Port of Rotterdam.

Corpus is one of the largest oil export gateways in the country. Last year it set an annual tonnage record for the fourth year in a row, moving 144.9 million metric tons (mmt) of cargo. The record-breaking movement was primarily attributed to a 65% increase in oil shipments. Oil shipments from Corpus increased to 87.5 mmt in 2020.

“The Port of Corpus Christi is a leading global energy hub,” said Port of Rotterdam director René der Plas. “We share the ambition to be a global leader in applying pioneering innovations and in offering logistical efficiencies and we face the same sustainability challenges. It’s great to start this partnership to explore opportunities that will bring value to our shared customer base.”

The alliance and discourse between port officials will “enhance the headway we have made toward safe and sustainable industrial facilitation of navigable commerce” Strawbridge said. The partnership also could bring added benefits to South Texas customers and communities.

An LNG terminal on the Maasvlakte, a man-made westward extension of the Rotterdam port, currently has three storage tanks, each with a capacity of 180,000 cubic meters. The LNG terminal is a joint venture between NV Nederlandse Gasunie and Royal Vopak NV.

Additionally, German utility Uniper SE is studying the feasibility of a large-scale green hydrogen production plant in the Netherlands.

As the largest port in Europe, Rotterdam represents 6.2% of the Netherlands gross national product, including its direct and indirect employment.