World leaders have finally agreed to preliminary rules for how countries and companies can trade carbon emissions credits, striking a compromise at the end of the United Nations Climate Change Conference of the Parties, aka COP26. 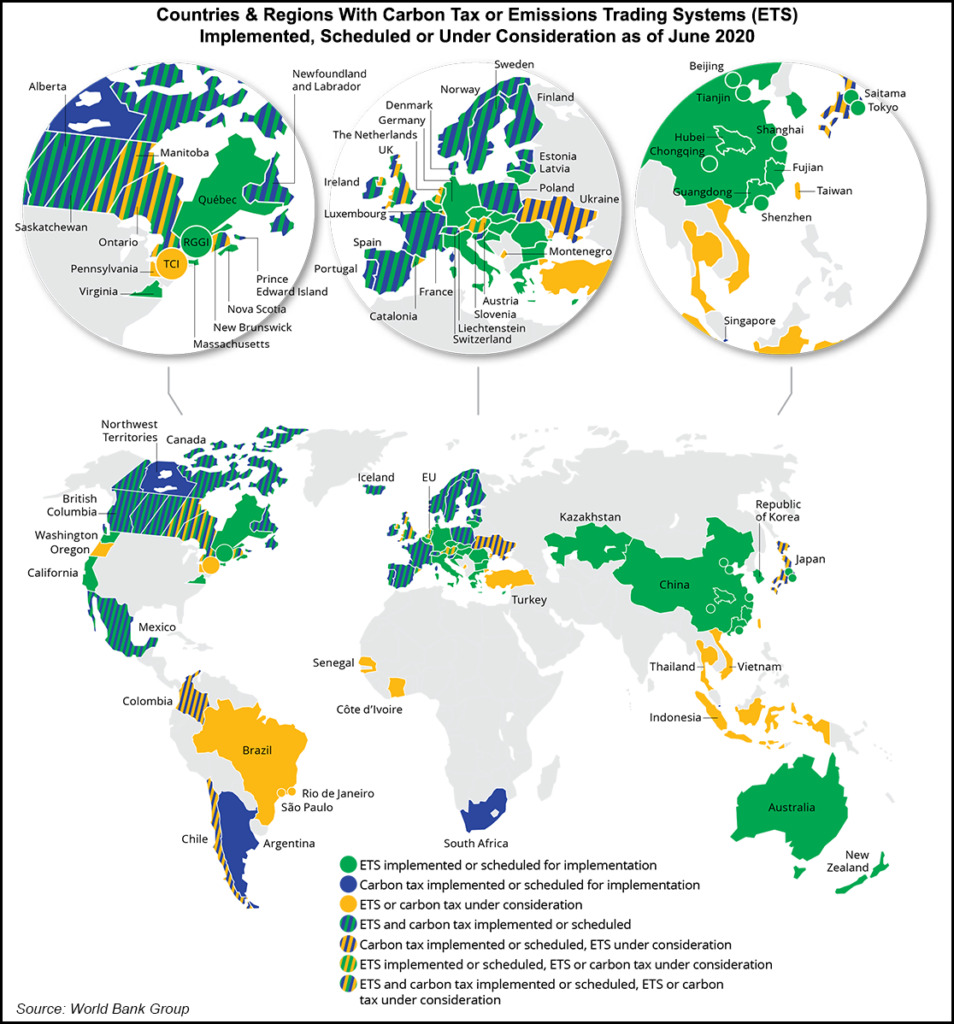 After six years of negotiations, the framework came together Saturday after the official end of the conference in Glasgow, Scotland. The deal strengthens Paris Agreement rules on Article 6 and makes the climate pact fully operational.

The rules outline how governments can create, value and trade credits under an international carbon market that is seen as key to achieving the bevy of net-zero emissions targets by midcentury that have been announced in recent years.

While nearly 100 nations, states and cities have a carbon price or carbon tax in place, there is no standardized framework to trade allowances or verify and purchase carbon offsets, which has made it difficult for the private sector to fully embrace such policies. The agreement could ultimately create a carbon credit certified by the United Nations that could be accounted for across the globe.

The agreement “provides the rules necessary for a robust, transparent and accountable carbon market to promote more and faster climate ambition and create a further avenue for finance flows from developed to developing countries,” said the Environmental Defense Fund’s Kelley Kizzier, vice president for global climate.

Detractors said the rules came up short. There is no way to enforce the agreement, which  is highly preliminary. It requires nominations for a supervisory body that would be selected to manage the marketplace.

“At COP26, governments were meant to ensure that carbon markets help take the heat off the climate,” said Carbon Market Watch’s Executive Director Sabine Frank. “They came up with a compromise that risks turning up the temperature dial instead of keeping it below 1.5 degrees C.”

ClearView Energy Partners LLC also noted that the agreement allows for certain credits and projects from the Kyoto Protocol’s Clean Development Mechanism (CDM) to transition into the new system through 2025.

“The CDM has faced criticism for crediting projects with questionable climate benefits,” ClearView said in a note to clients on Monday. “The compromise may not inspire confidence in those skeptical of offset credit trading in general and the CDM in particular.”

The World Bank wrote in a report earlier this year that if a carbon price is appropriately designed “it can help play a role by sending a price signal to incentivize low-carbon action and avoid locking in more fossil fuel-intensive investments.”

For now, in places like Europe, carbon trading has made natural gas more competitive or at the least created a floor for natural gas prices as it’s the lowest-emitting of other fossil fuels such as coal.

Kizzier said the agreement sends a signal from nearly all the world’s countries that signed it that they’re inching closer to the phaseout of all fossil fuels.

COP26 also called on countries to further cut global carbon dioxide emissions by 2030 and achieve net-zero by mid-century, end fossil fuel subsidies, and speed up the phaseout of coal-fired power.