Houston-based IGP Methanol LLC has been granted an air quality permit for a proposed facility in Plaquemines Parish, LA, which as designed could become the world’s largest methanol production facility. 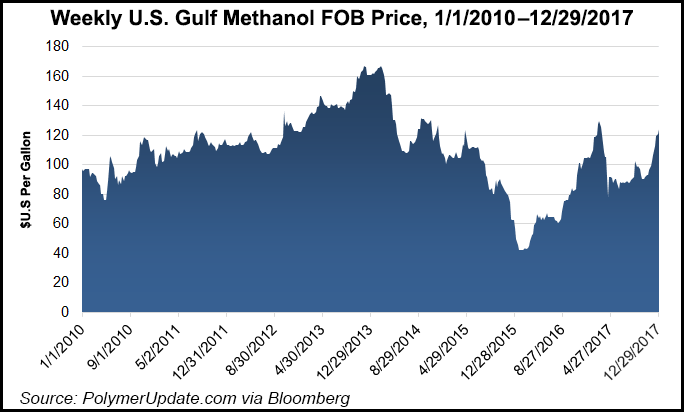 The Title V permit approved by the Louisiana Department of Environmental Quality is for Gulf Coast Methanol Park, a facility set to be built near Myrtle Grove, LA.

The estimated $900 million project is to consist of four plants each able to produce 1.8 million metric tons/year (mmty) of methanol from natural gas, or about 7.2 mmty. The facility is tentatively set to start up in late 2020.

“We have invested years of work and very significant capital to design and engineer what we believe is the largest, and at the same time, the lowest-emission methanol plant in the world, per ton of production,” said IGP managing director James S. Lamoureaux.

According to IGP, key operating companies involved with the project including ConocoPhillips which is to supply all gas procurement and deliver gas to plant gates on a guaranteed basis. The plants would be licensed with methanol conversion technology provided by Haldor Topsoe, which has been used in more than 80 global facilities.

IGP also plans to build common services infrastructure and manage operations and maintenance. The facility is expected to employ up to 1,500 construction workers per plant, and more than 325 permanent operation and maintenance jobs.

Methanol, whose potential extends to being a drop-in fuel that can replace gasoline and diesel in transportation, can replace liquefied petroleum gas, coal, wood, and kerosene in cooking fuel and industrial boilers. It also is able to replace diesel in railways and power generation.

“We believe methanol will be a transformative fuel in ocean freight as well, reducing emissions by 95% as opposed to bunker fuel,” management said. Haldor Topsoe is providing technology for all the plants using autothermal reforming technology.

The Gulf Coast has petrochemical newbuilds and expansions underway in Louisiana and Texas, including several focused on methanol.

Projects announced in the last few years include Lake Charles Methanol LLC, unveiled in late 2016, which was conditionally guaranteed up to $2 billion in federal loans for a first-of-its-kind plant in Lake Charles, LA, to capture carbon for enhanced oilfield recovery in Texas.

Castleton Commodities International in late 2014 said it planned to spend $1.2 billion to develop a methanol manufacturing plant also in Plaquemines Parish, LA. And Yuhuang Chemical Inc. four years ago said it would commit $2.85 billion for a methanol complex in St. James Parish. 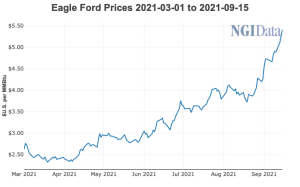 Oklahoma City-based Warwick Investment Group is bulking up its operated Eagle Ford Shale footprint with the acquisition of oil and gas assets from Rosewood Resources Inc. Warwick said Wednesday it would pay $450 million to purchase and develop the Eagle Ford assets from Rosewood, which is controlled by the wealthy Hunt family. The assets offset…