Venture Global LNG Inc. said Thursday German utility EnBW AG would expand the amount of LNG it would take under a 20-year sales and purchase agreement (SPA) signed in June. 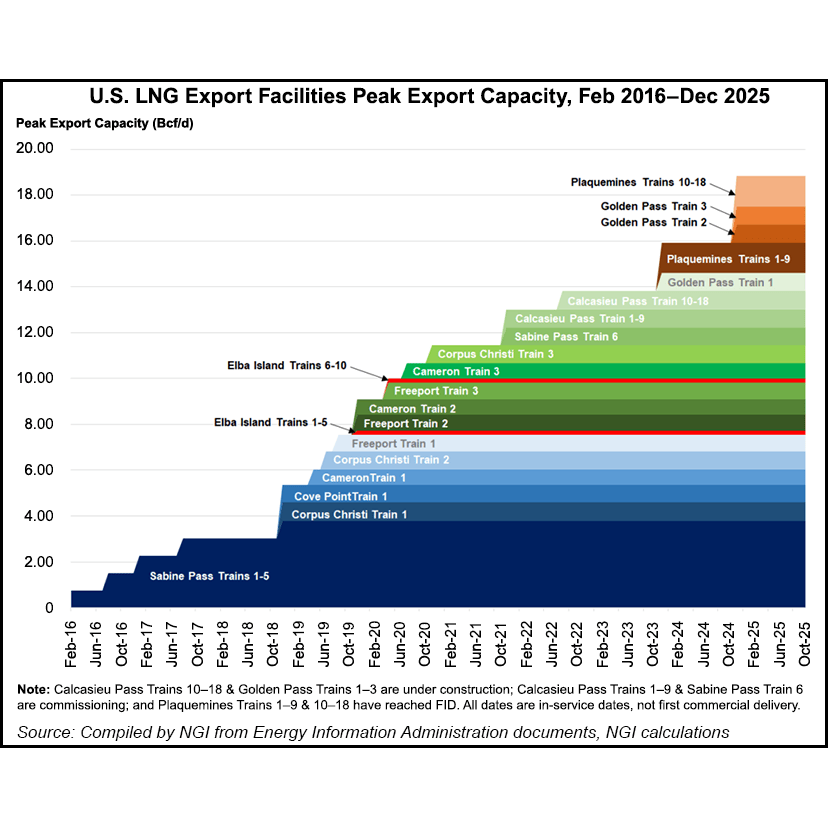 EnBW has increased volumes under the deal by 0.5 million metric tons/year (mmty) to 2 mmty. The utility said in June it would split offtake as soon as 2026 between Venture Global’s CP2 liquefied natural gas export project and the Plaquemines LNG project, which are both in Louisiana. CP2 has yet to be sanctioned, while a final investment decision on Plaquemines was announced earlier this year.

“To become less dependent on Russian natural gas and to strengthen diversification and security of supply, EnBW is supporting the German government by increasing further access to LNG supplies,” said EnBW’s Georg Stamatelopoulos, COO of generation and trading. “For this reason, we have stepped up our procurement volumes from Venture Global.”

Both CP2 and Plaquemines would have nameplate capacities of 20 mmty. Venture Global has agreed to long-term deals to sell 9 mmty this year in a broader wave of American LNG producers that have landed dozens of SPAs as buyers look to shield themselves from volatility in the spot market.

U.S. projects have signed deals to sell more than 35 mmty of LNG in 2022. Most of those deals are with offtakers in Asia, as buyers in Europe have been reluctant to commit to long-term SPAs given future plans to phase out fossil fuels across the continent.

Engie SA and Equinor SA are the only other European buyers that have signed binding long-term agreements with U.S. projects this year. German utility RWE AG has signed a tentative deal with Sempra Infrastructure to take 2.25 mmty from the proposed Port Arthur LNG project in Texas.

Europe has paid steep prices on the spot market to procure LNG. The continent has accounted for nearly 70% of all U.S. cargoes exported this year, according to NGI calculations.

Venture Global is commissioning the Calcasieu Pass export terminal in Louisiana, but the facility already has helped add supplies in Europe. Feed gas deliveries to Calcasieu Pass averaged about 1.5 Bcf/d in September.