EnBW Energie Baden-Württemberg AG has made a long-term commitment for 3 billion cubic meters (Bcm)/year of LNG regasification capacity at the developing terminal in Stade, Germany, securing a home for its influx of U.S. supply intended to decrease reliance on Russia. 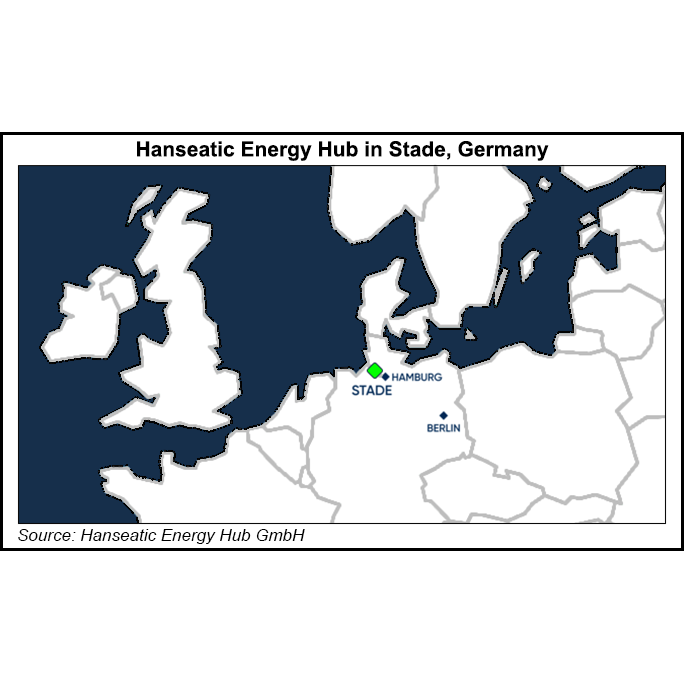 EnBW disclosed Thursday it has secured capacity for more than 10 years in an agreement with Hanseatic Energy Hub GmbH. Hanseatic is developing a 13 Bcm/y liquefied natural gas and hydrogen terminal at Stade expected to enter operations in 2026.

EnBW’s Georg Stamatelopoulos, board member for sustainable generation infrastructure, said the emission abatement designs and integration of hydrogen infrastructure at Stade made it the right choice for addressing short-term energy security issues while trying to stay on track with its climate goals.

“At EnBW we are working flat out on the transformation from fossil fuels such as coal to non-fossil fuels such as hydrogen,” Stamatelopoulos said. “The cooperation with the Hanseatic Energy Hub fits in very well with our efforts to become climate-neutral by 2035.”

EnBW has lost more than $1 billion during the year related to its contracts as market volatility has skyrocketed, according to Moody’s Investors Service Inc. However, the credit analyst said Thursday EnBW has been able to fare better than other German utilities because of its supply diversity and revenues from the renewable and power generation businesses. Moody’s expects “EnBW will no longer be burdened by gas losses” by next year.

EnBW also previously signed a framework agreement with other German utilities, including Uniper SE and RWE AG. Uniper is an offtaker of Freeport LNG and may receive additional U.S. volumes from the proposed Commonwealth LNG project in a partnership with Woodside Energy Group Ltd. RWE signed a tentative long-term agreement with Sempra for supply from the unsanctioned Port Arthur LNG project southeast of Houston earlier in the year.

Like other European countries scrambling to secure additional natural gas supply, Germany has been building regasification capacity. Along with Stade, Germany could add 1.4 Bcf/d in capacity with floating storage and regasification units being installed at ports in Lubmin, Brunsbuettel and Wilhelmshaven.

However, with prices for LNG cargoes straining European economies and competition with Asia for cargoes, Germany has had to institute consumption reduction measures. The country’s energy regulator Thursday said Germany missed its gas savings target for the first time since the European heating season began.