The United States and Germany have reached a compromise on Russia’s Nord Stream 2 (NS2) pipeline, clearing a path for the project to finish unencumbered. 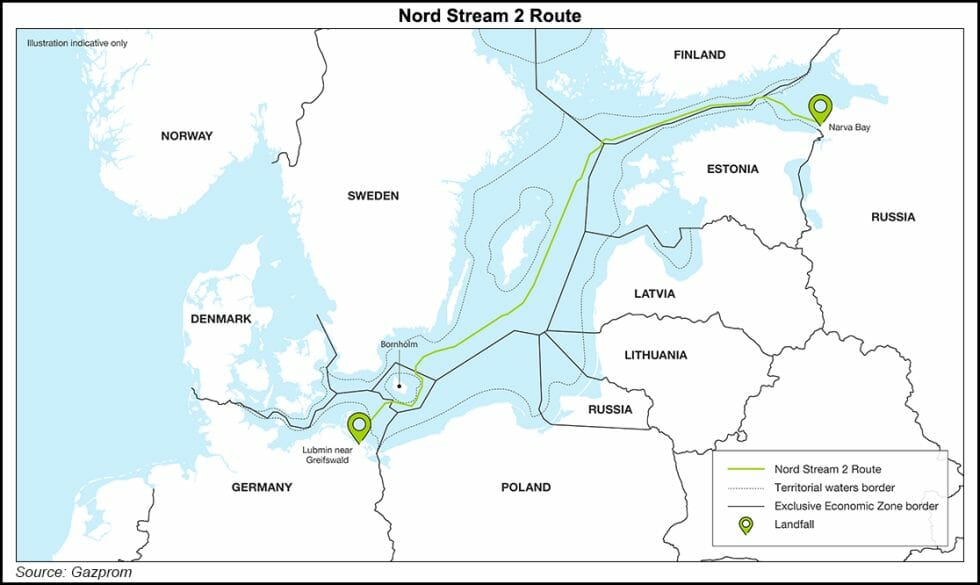 In a joint statement issued Wednesday, the countries pledged their support for Ukraine and agreed to sanction Russia if it uses the pipeline or energy supplies for geopolitical advantage.

“The United States and Germany are united in their determination to hold Russia to account for its aggression and malign activities by imposing costs via sanctions and other tools,” the statement said.

The agreement resolves a dispute between the countries as Germany has both advocated for Ukraine and supported the NS2 project. Previous U.S. administrations have resisted the project and viewed it as another lever for Russia to exert influence over Europe and its energy security.  The United States slapped sanctions on the project in 2019 and 2020, but the Biden administration recently waived them as it looks to build stronger relations with Europe.

But he said the proposals Germany advanced to reach the compromise fulfill a shared goal “ensuring that this pipeline cannot be weaponized against Ukraine, against any other European partner.”

As tensions have increased between the two countries, Russia has elected not to book additional pipeline capacity to move natural gas through Ukraine to Europe this year beyond a transit agreement it has in place to move 40,000 billion cubic meters through Ukraine annually until 2024. Russia’s decision not to move more gas through the nation comes as European natural gas and power prices have reached record highs in 2021.

Germany said if Russia attempts to use energy as a weapon it would act at both the national and European levels, including sanctions, to limit Russian energy export capabilities to the continent, including natural gas.

Germany also said it would “utilize all available leverage” to ensure Russia’s natural gas transit agreement through Ukraine is extended up to 10 years. The U.S. and Germany also pledged funds to accelerate the energy transition across Europe.

The 764-mile NS2 project would move 5.3 Bcf/d from Russia to Germany. While the compromise implies that the United States will no longer work to stop the project from coming online, it’s nearly finished.

Earlier this month, Nord Stream 2 AG CEO Matthias Warnig told German newspaper Handelsblatt that both legs of the system would be online by the end of the year. Testing has already started on the first leg of the project, Warnig reportedly said. Only 2% of construction remains on the second leg, he added.

Analysts at Goldman Sachs Commodities Research said Wednesday that limited spare capacity on other pipelines that could move incremental flows west from Russia into Germany is only likely to lead to a marginal year/year increase in natural gas flows this winter. The NS2 compromise, the analysts said, “does not eliminate northwest European gas supply uncertainty this winter.”