Houston-based midstream partnership Genesis Energy LP has agreements in hand with a Murphy Oil Corp. subsidiary to provide downstream natural gas and oil transport from a deepwater floating production system (FPS) in the Green Canyon (GC) area of the Gulf of Mexico (GOM). 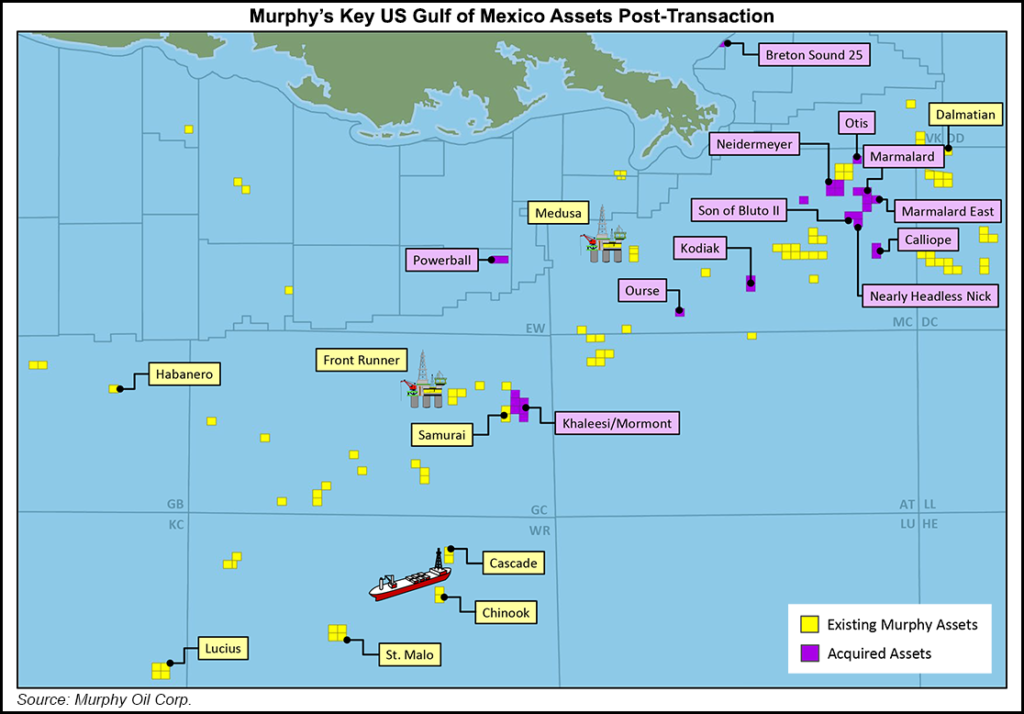 Murphy Exploration & Production Co. USA and other interest owners secured Genesis to provide services for all of the production associated with the Khaleesi/Mormont and Samurai field developments for the new King’s Quay FPS. Murphy acquired the Khaleesi/Mormont prospects earlier this year.

“The dedication of the anchor production of the King’s Quay FPS is an exciting opportunity for us, and we look forward to working with Murphy, and the other interest owners, as they develop the Khaleesi / Mormont and Samurai fields,” Genesis CEO Grant E. Sims said. “This project illustrates the strategic positioning of our offshore footprint and how our available capacity and multi-market delivery options will allow us to provide Murphy and other producers in the Gulf of Mexico with attractive transportation alternatives for many years ahead.”

The FPS would tie in subsea the Shenzi lateral, with oil developed and delivered to shore through the Cameron Highway system or the Poseidon oil system. The associated gas would be gathered for transport to shore via the Anaconda system, which ties into the Nautilus system.

The contracts for the Khaleesi/Mormont and Samurai fields include life of lease dedications for each and contain take-or-pay components. No capital would be required by Genesis to connect the FPS to its assets.

First deliveries of oil and gas are anticipated in mid-2022, only six months behind the anticipated first deliveries from the BP plc-operated Argos project (formerly Mad Dog 2) of up to 140,000 b/d into the Cameron Highway system, Genesis management noted.