Russia’s state-owned Gazprom said it has made its fourth natural gas discovery in the last two years on the shelf of the Yamal Peninsula in the Kara Sea. 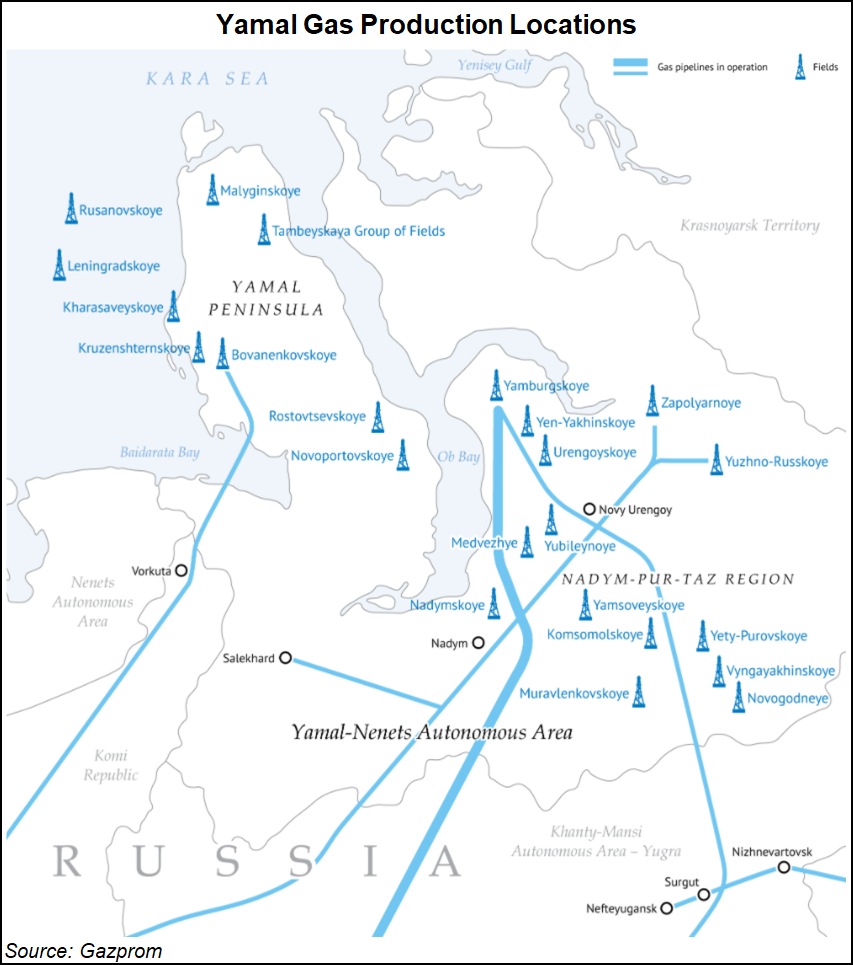 The peninsula in the Arctic Circle has 32 fields with combined gas reserves of 935.8 Tcf, 1.6 billion tons of gas condensate and 300 million tons of oil. Production averaged 9.3 Bcf/d in 2019 and is projected to eventually reach 34.8 Bcf/d, according to Gazprom.