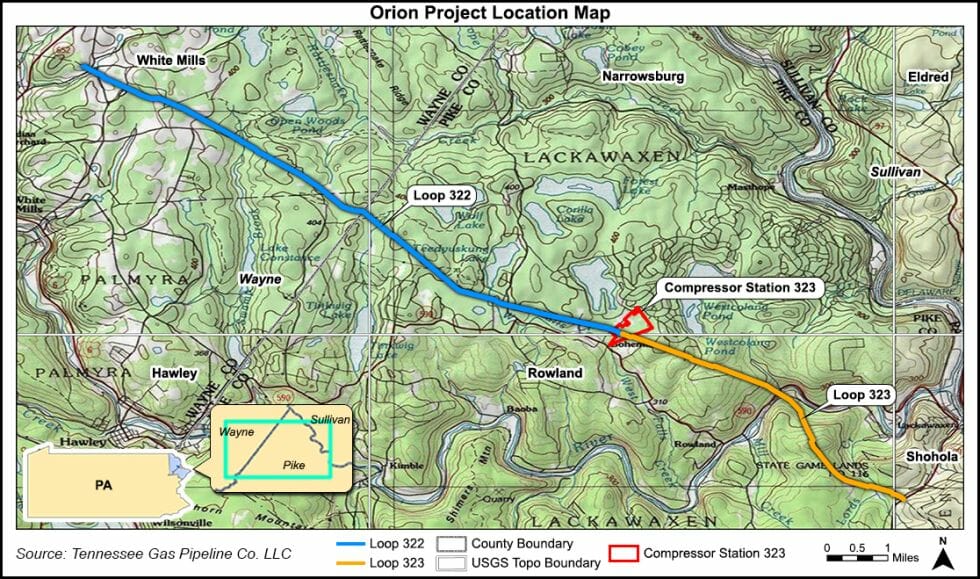 TGP filed at the Federal Energy Regulatory Commission (FERC) last month for the project, which would serve growing demand in the Middle Atlantic and New England regions with additional service from Susquehanna County, PA, to Pike County, PA (see Daily GPI, Oct. 9). Customers that have signed up for all of the 135,000 Dth/d of incremental capacity on the Orion Project are South Jersey Resources Group LLC, South Jersey Gas Co., and Cabot Oil & Gas Corp., according to the Kinder Morgan Inc. pipeline’s filing at the FERC [CP16-4].

FERC should direct TGP to keep separate books and accounting of costs attributable to the proposed project, as it did for another TGP project recently, the group said in its filing.

Tennessee asked for authorization by Nov. 1, 2016 to allow for construction to start during the first quarter of 2017 and a June 1, 2018 in-service date as requested by the project shippers. The projected project cost is $143 million.