The Group of 7 world leaders pledged over the weekend to protect the planet by supporting a “green revolution” to create jobs, reduce emissions and limit the rise in global temperatures.
The G7, as it is better known, consists of Canada, France, Germany, Italy, Japan, the UK and the United States. The seven countries in 2020 were the wealthiest and most advanced economies in the world, according to the International Monetary Fund. 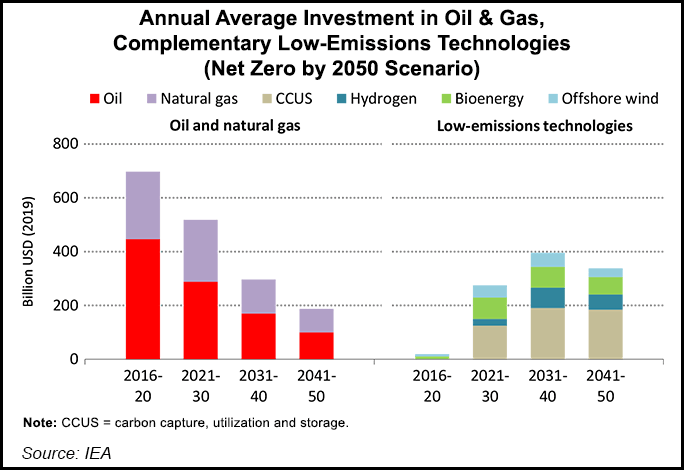 In his first overseas foray since taking office, President Biden joined the world leaders at a summit in Cornwall, England. The leaders of Australia, India, South Korea and South Africa also joined the group.

The White House, in issuing the official communique on Sunday, said the G7 was “determined to beat Covid-19 and build back better.” A “global action” agenda also was agreed upon that among other things resolves to reduce greenhouse gas (GHG) emissions sharply over the next 30 years.

“We commit to net zero no later than 2050, halving our collective emissions over the two decades to 2030,” the G7 leaders stated. They also called for “increasing and improving climate finance to 2025” and conserving or protecting “at least 30%” of land and oceans around the world by 2030.

“We acknowledge our duty to safeguard the planet for future generations,” the leaders wrote.

Some of the initiatives in the communique mirror those of the Biden administration, which has called for sweeping changes across all sectors of the U.S. economy to combat climate change.

“The unprecedented and interdependent crises of climate change and biodiversity loss pose an existential threat to people, prosperity, security and nature. Through global action and concerted leadership, 2021 should be a turning point for our planet as we commit to a green transition that cuts emissions, increases adaptation action worldwide, halts and reverses biodiversity loss, and, through policy and technological transformation, creates new high quality jobs and increases prosperity and wellbeing.”

The world leaders reaffirmed a commitment to the United Nations global climate accord, aka the Paris Agreement. They also said they “welcome and encourage business, civil society and regional commitments to global climate and biodiversity ambition through science-based targets…”

The goal is to reach net zero GHG emissions “as soon as possible and by 2050 at the latest, recognizing the importance of significant action this decade. In line with this goal, we have each committed to increased 2030 targets,” with aligned nationally determined contributions (NDC) to reduce collective emissions “by around half compared to 2010 or over half compared to 2005.”

For the actions to be “credible,” said the leaders, the goals have to be supported by “tangible actions in all sectors of our economies and societies. We will lead a technology-driven transition to net zero, supported by relevant policies, noting the clear roadmap provided by the International Energy Agency and prioritizing the most urgent and polluting sectors and activities.”

The G7 leaders also committed to achieve “an overwhelmingly decarbonized power system” within their countries in the 2030s.

“We will phase out new direct government support for international carbon-intensive fossil fuel energy as soon as possible, with limited exceptions consistent with an ambitious climate neutrality pathway, the Paris Agreement, 1.5 degree goal and best available science…prioritizing the most urgent and polluting sectors and activities.”

The leaders noted that, “coal power generation is the single biggest cause” of GHG emissions, but they did not call for banning its use. Instead, the G7 committed to rapidly scale-up technologies and policies to “accelerate the transition away from unabated coal capacity, consistent with our 2030 NDCs and net-zero commitments.

“This transition must go hand in hand with policies and support for a just transition for affected workers, and sectors so that no person, group or geographic region is left behind.”

For the transport sectors, the G7 committed to “sustainable, decarbonized mobility” and scaling up zero emissions vehicle technologies for buses, trains, shipping and aviation.

In the industrial and innovation sectors, actions are planned to decarbonize iron and steel, cement, chemicals and petrochemicals.

“We will focus on accelerating progress” on electrification and batteries, hydrogen as well as carbon capture, usage and storage, along with zero emission aviation and shipping. For those countries that “opt to use it,” the leaders also expressed support for nuclear power.

In reaction, Evercore ISI’s analysts said the GHG reduction-related actions were “bullish for clean energy and bolsters our call that 2021 is the year of clean energy deployment acceleration.”

Consistent with President Biden’s plans, “mobility was a hot topic” at the G7, according to Evercore analysts. “The group will support the acceleration of the creation and rollout of the necessary infrastructure, which includes charging stations. This is bullish for electric vehicle charging station companies.” The group also committed to the transition away from “diesel and petrol cars.”

Of note, the U.S. Department of Energy “is about to start doling out cash” regarding many of the initiatives set in place by the group, Evercore noted.

Rystad Energy’s Louise Dickson, oil markets analyst, also noted how distributing more Covid-19 vaccines could help support the energy sector. The G7 said it would donate one billion vaccine doses over the next year. Dickson said it was “a bullish signal for oil demand recovery and oil prices. If the inoculation of the global population accelerates further, that could mean an even faster return of the demand that is still missing to meet pre-Covid levels.”