August natural gas is set to open 5 cents lower Tuesday morning at $2.70 as traders have no new weather information to focus on and petroleum markets continue to weaken.

“[Monday’s] losses proved minor by the end of the regular session and reinforced our opinion of a market poised to spend most of its time this week within the $2.70-2.80 zone, even within the rollover to the lower price September contract on Thursday,” said Jim Ritterbusch of Ritterbusch and Associates in closing comments Monday.

“The front switch remains taunt at around a 3.5 cent inversion ahead of midweek expiry. However, the physical pricing is apt to soften this week as temperatures moderate in possibly setting up August futures for a support test at about the $2.70 level as early as Tuesday. Thursday’s EIA report is unlikely to spur much price response as an injection marginally downsized from last week’s 34 Bcf build has likely been discounted. For now, we are maintaining a neutral stance in a market that is apt to see negligible change some one to two weeks down the road.”

Overnight weather models changed little. “No major changes were made to the forecast today in this period, with the large-scale pattern remaining broadly warmer than normal nationally,” said MDA Weather Services in its six- to 10-day Monday morning report. ‘The focus of the warmest anomalies precede an area of low pressure tracking across the Northern Tier, with above to near much above normal readings around the Great Lakes in the latter stages.

“The East likewise favors above normal temperatures on average, with anomalies being weak there in the early half before westerly flow brings more intense aboves to the East Coast late. The Southwest is kept near seasonal norms due to increased monsoonal moisture there.The American model presents hotter risks in the Plains and Midwest. Models are more reluctant to fade high pressure along the East Coast in the second, suggesting slower warming for then.” 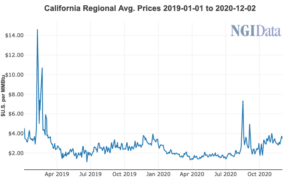