Natural gas futures had the trajectory of a coyote falling off a cliff in a Saturday morning cartoon and posted a new six-month low following the release of government storage figures that were well on the high side of what the market was expecting. 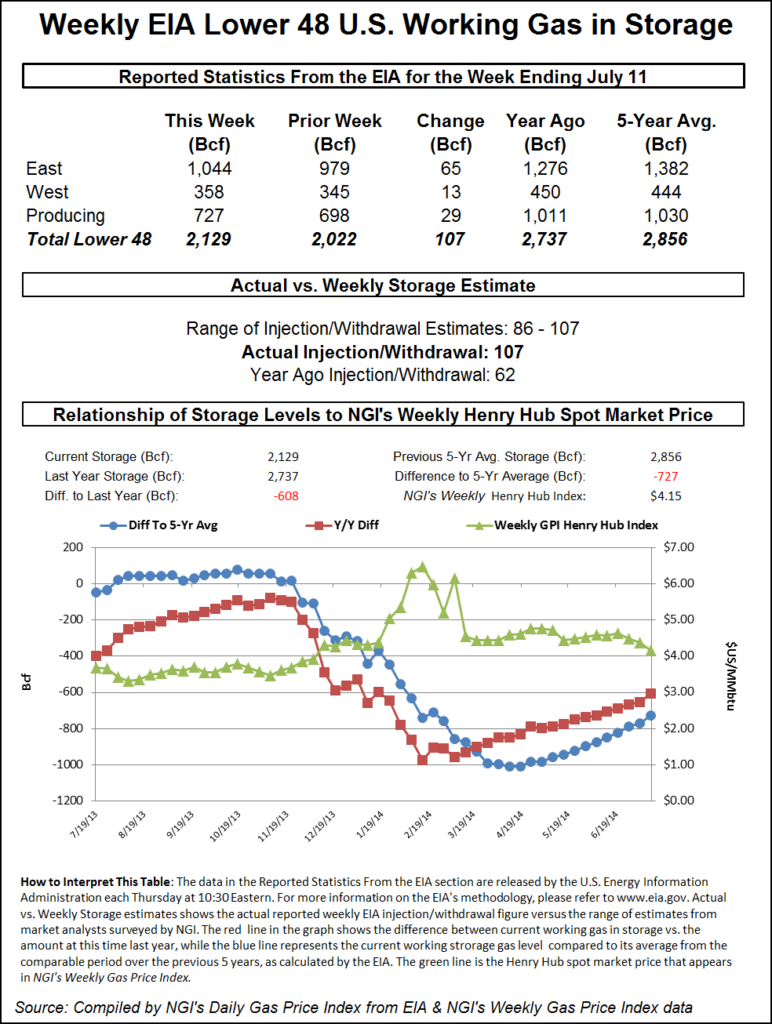 “We were looking for a 97 Bcf to 98 Bcf build, so this was a big surprise,” said a New York floor trader. “From here you have to start looking at market support at $3.75. If the market settles below $4, that will also be big.”

“The net injection of 107 Bcf was more than expected, implying a further weakening of the background supply-demand balance, presumably on a further increase in supply,” said Tim Evans of Citi Futures Perspective. “This has bearish implications for the forward data as well.”

Inventories now stand at 2,129 Bcf and are 608 Bcf less than last year and 727 Bcf below the five-year average. In the East Region 65 Bcf was injected, and the West Region saw inventories up by 13 Bcf. Inventories in the Producing Region rose by 29 Bcf.

The Producing region salt cavern storage figure increased by 7 Bcf from the previous week to 201 Bcf, while the non-salt cavern figure rose by 20 Bcf to 525 Bcf.