The second liquefaction train at the Freeport liquefied natural gas (LNG) export terminal in Texas is back in service after going offline for about seven hours on Tuesday after a valve malfunction, according to regulators. 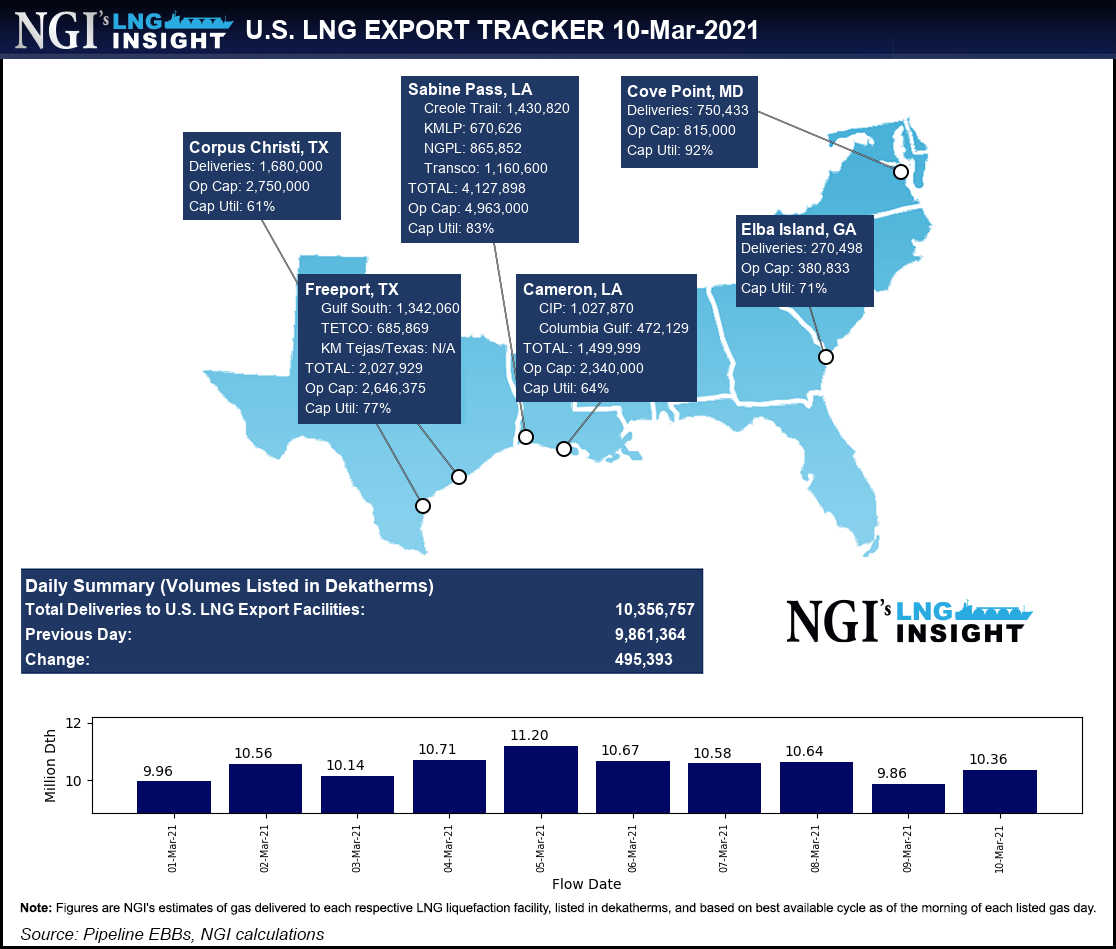 The plant “experienced a trip due to a valve malfunction on the mixed refrigerant system,” leading to “unavoidable venting” to the liquefaction flare, according to an initial report from the Texas Council on Environmental Quality (TCEQ).

The 5 million metric ton/year (mmty) train went down at 10:12 a.m. CT and restarted at 5:24 p.m. During that time, more than 2,000 pounds of contaminants, including 1,668 pounds of carbon monoxide, 250 pounds of ethylene and 195 pounds of nitrogen oxides were released. The amounts vented were all within allowed limits, according to the report.

“The plant maintenance staff worked to repair the valve to allow for the restart of Train 2 as quickly and efficiently as possible to minimize flaring,” the TCEQ said. “Vent gas emissions during this event were routed to the (liquefaction) flare for emissions control.”

Privately held Freeport LNG is currently a three-train, 15 mmty facility. Plans for a fourth train have been put on the back burner amid a weak market, though CEO Michael Smith recently said there has been renewed interest from buyers in the expansion.