Freeport LNG Development LP said Friday that it now expects to restart its export terminal on the upper Texas coast sometime around the end of the year, pushing back a previous estimate for mid-December issued last month by roughly two weeks. 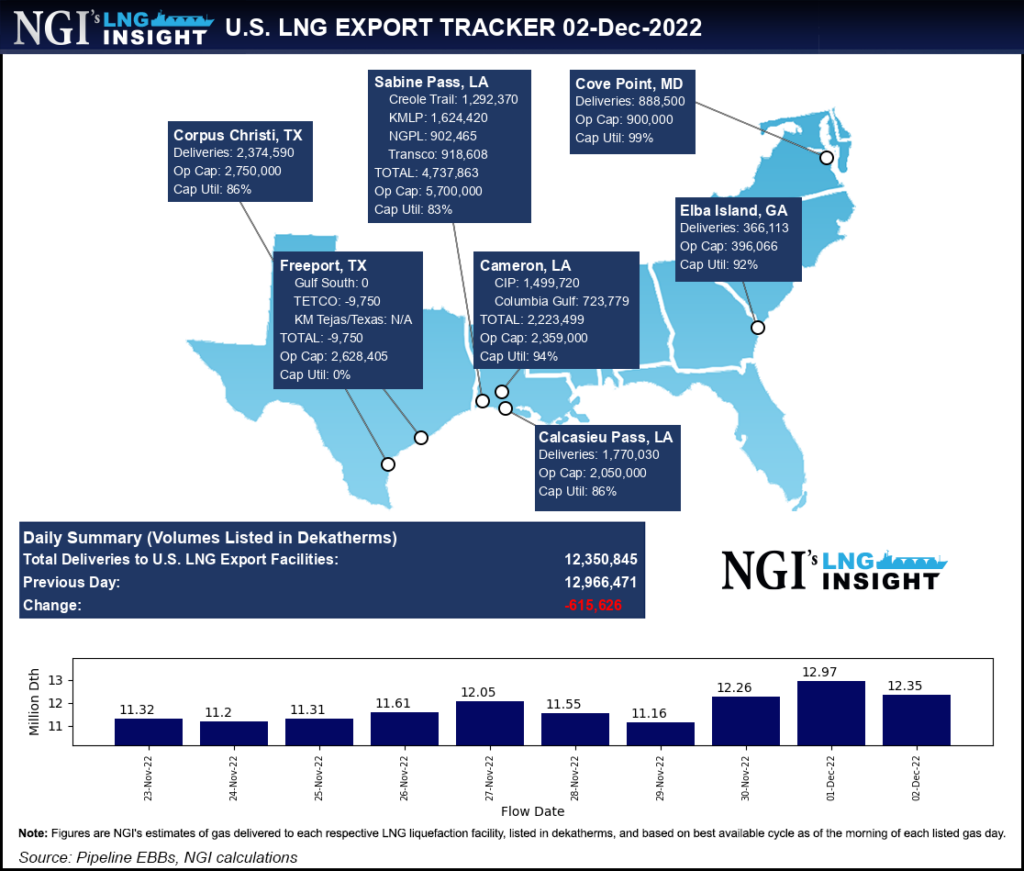 Spokesperson Heather Browne said the company received several key regulatory approvals Thursday that “allow us to complete certain critical repairs and commence reinstatement of certain systems.” She added that, based on current progress and further regulatory requirements, the company now expects a restart will take a bit longer.

The operator of the 2.38 Bcf/d liquefied natural gas terminal previously said it could repair the damage from a June explosion and restart sometime by the middle of November. It again pushed its plans back to December to finish work and meet regulatory requirements.

The plant had been providing roughly 15% of U.S. LNG exports prior to the incident. The outage has moved prices in both the U.S. and international gas markets. Henry Hub prices fell on Friday as warmer weather cut into the outlook for heating demand and gas production has averaged above 100 Bcf/d in recent weeks.

U.S. exports have been resurgent, though, surpassing 12 Bcf in recent weeks and reaching levels not seen since before the Freeport outage. Feed gas deliveries to U.S. terminals hit 12.97 Bcf on Thursday, the highest level since March, according to NGI’s U.S. LNG Export Tracker. Nominations for Friday deliveries were 12.35 Bcf.

Flows to Cheniere Energy Inc.’s Sabine Pass terminal in Louisiana have rebounded since they fell by 25% week/week on Nov. 29 to 3.8 Bcf. It’s unclear why deliveries to the facility declined. But feed gas flows to the Sabine Pass plant were closer to 5 Bcf/d as the week came to an end.

Venture Global LNG Inc.’s Calcasieu Pass terminal in Louisiana also continues to ramp up and fill the void left by the Freeport outage. Flows at the facility have consistently surpassed 1 Bcf/d since May. They hit their highest level of 1.8 Bcf on Nov. 29. The facility loaded its first cargo in February.