The Covid-19 pandemic may spur longer lasting changes that have accelerated the energy transition from fossil fuels, with investments in renewables now growing at a fast clip, according to analysts. 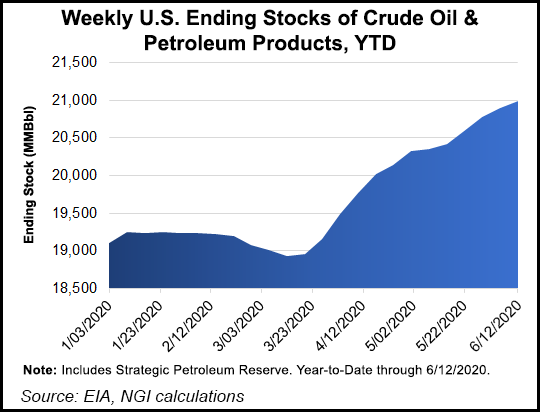 Separate independent analyses and data compiled by BP plc, among others, are warning that the pandemic crushed natural gas and oil demand, and renewables investments are bearing down to take the lead. Even more striking, Goldman Sachs said renewable power investments may be the largest area of spending in the energy industry in 2021.

“These investments encompass mostly renewables, biofuels and the infrastructure investments necessary to support a new era of electrification,” both in grids and charging networks. Marginal spending also is ticking up in natural sinks, hydrogen and in carbon capture, utilization and storage, according to Goldman.

The other shoe dropped when the virus-related lockdowns began, according to Moody’s Investor Services.

“The focus of government economic recovery packages will also affect the speed of the energy transition. Board rooms may also refocus efforts to improve corporate resilience, address changing societal expectations and regionalize activities.”

Covid-19 has sharply reduced demand for natural gas, oil and coal, but questions remain about how much of the lost demand is going to return and over what period of time. Moody’s analysts said it won’t happen any time soon.

“In 2020, we are not expecting energy demand to rebound as much as economic growth, as

Covid disruption dampens the normal effect that low oil prices would have to stimulate demand,” said credit analysts. The firm’s base case does not foresee global real gross domestic product in level terms to return to the pre-coronavirus levels until the end of 2021, and, for some oil-intensive activities such as aviation, a recovery may take longer.

“Oil demand may take a long time to recover to 2019 levels due to the combination of weaker economic growth, decarbonization trends and behavioral shifts, increasing the possibility that demand peaked in that year,” said Moody’s James Leaton, senior credit officer.

One demand risk brought about by the pandemic is the possibility that commuters now will increasingly work from home, according to Moody’s. The pandemic “has also demonstrated to consumers that they can conduct more shopping online and even do their daily workout without traveling to another venue,” credit analysts noted, and significant cost savings are being found by some companies that are able to reduce office space.

Moody’s does not expect to see a “substantial recovery in passenger demand until 2023.”

The International Energy Agency (IEA) doesn’t forecast a big rebound in oil demand before 2021, with a longer wait for jet and kerosene consumption. However, the global energy watchdog in its June outlook raised its oil consumption forecast by nearly 500,000 b/d to 91.7 million b/d, because of stronger-than-expected deliveries during the lockdowns.

“In China, oil demand recovered faster in March-April, and India’s demand rose sharply in May,” IEA said in its latest monthly report.

Still, global oil demand this year is forecast to decline by 8.1 million b/d, the largest in history, before recovering by 5.7 million b/d in 2021, according to IEA researchers. Reduced jet and kerosene deliveries are expected to impact total oil demand “until at least 2022.”

The American Petroleum Institute (API) is more optimistic about rising energy demand, noting on Thursday that the gradual reopening of U.S. states led to a “notable rebound” in the domestic energy markets during May. U.S. petroleum consumption increased during May by 14% to 16.2 million b/d, the industry group said.

“The underlying market fundamentals still appear constructive and should position the U.S. natural gas and oil industry to play an important role in the recovery of the global economy,” API chief economist Dean Foreman said. “Market forces are in the midst of driving an unprecedented realignment of oil markets despite significant uncertainty around the rate of recovery and longevity of the pandemic.

“The uptick in demand associated with the gradual reopening of state economies leads us to be cautiously optimistic that the worst may be behind us.”

Reduced drilling in May led to a 600,000 b/d decline in U.S. crude production, which averaged 11.4 million b/d, according to API. Domestic natural gas liquids production, however, was relatively steady, off by around 0.8% from April.