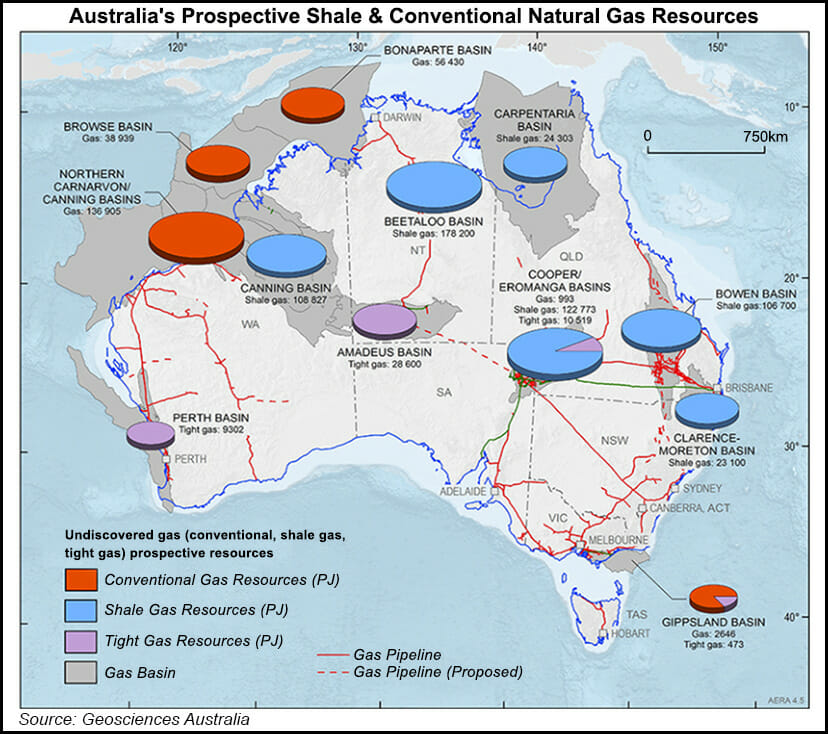 Founded in 2009, Tamboran styles itself as “a natural gas company that intends to play a  constructive role in the global energy transition towards a lower carbon future.” The producer develops unconventional natural gas resources in the Beetaloo sub-basin within the Greater McArthur Basin in the Northern Territory of Australia.

The largely untapped Beetaloo contains estimated undiscovered, technically recoverable mean resources of 429 million bbl of continuous oil and 8 Tcf of continuous gas, according to a 2018 assessment by the U.S. Geological Survey.

The Sydney-based firm said it had raised about $35 million in a private placement of shares anchored by a $20 million investment from Sheffield. The balance of placement shares was purchased primarily by existing institutional shareholders.

Sheffield is the son of Pioneer Natural Resources Inc. CEO Scott Sheffield. Pioneer acquired Parsley in a $7.6 billion all-stock deal completed in January, which made the Dallas-based independent the largest producer in the Permian Basin.

Funds from the placement would be used to accelerate Tamboran’s Exploration Permit (EP) 136 work program in the Beetaloo.

“This is an exciting time for Tamboran as we complete our two horizontal well 2021 drilling campaign with our joint venture partner, Santos QNT Pty Ltd. in EP 161,” Riddle added.

Both wells in EP 161 are expected to be fracture stimulated and flow tested by the end of this year, he said.

“The Beetaloo sub-basin has a number of the key elements of a world-class shale play,” Sheffield said. The Beetaloo’s Mid-Velkerri shale formation “has a large aerial extent, ample thickness and great rock quality,” Sheffield added.

Tamboran successfully listed on the Australian Securities Exchange in early July. The company is “contributing to the most active drilling season that we have seen to date in the core Beetaloo sub-basin,” said Riddle in an update in October.

He added that the Beetaloo “is recognized as one of the most prolific potential natural gas resources in Australia with national significance.” Gas discovered to date in the Beetaloo has low carbon dioxide content, “and our assets have considerable potential to provide a new and material source of energy for Australia’s energy needs as the country transitions to a lower emissions future.”

The company also cited its strategic positioning as a future supplier to existing liquefied natural gas export terminals in Australia.