A bipartisan group of eight former FERC Commissioners, including five former Chairmen, has joined the growing chorus of voices speaking out against the Department of Energy’s (DOE) proposed rulemaking (NOPR) to implement reforms on the reliability and resiliency of the electricity grid. 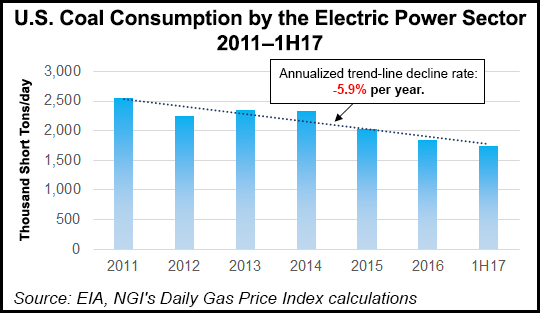 “Pursuing the worthy goal of a resilient power system, the Commission’s adoption of the published proposal would instead disrupt decades of substantial investment made in the modern electric power system, raise costs for customers, and do so in a manner directly counter to the Commission’s long experience,” according to the group, made up of equal numbers of Republicans and Democrats.

Under DOE’s notice of proposed rulemaking (NOPR), FERC would impose rules on independent system operators and regional transmission organizations (RTO) “to ensure that certain reliability and resilience attributes of electric generation resources are fully valued.” The rule would allow “for the recovery of costs of fuel-secure generation units that make our grid reliable and resilient,” according to DOE Secretary Rick Perry. Eligible units would have to “be able to provide essential energy and ancillary reliability service and have a 90-day fuel supply on site in the event of supply disruptions caused by emergencies, extreme weather, or natural or man-made disasters.”

Perry has said the NOPR was prompted by lessons learned from the experiences of thepolar vortex of 2014 and hurricanes Sandy, Harvey, Irma and Maria.

Changes detailed in the NOPR would benefit the shrinking number of nuclear and coal generation plants at the expense of natural gas.

“Subsidizing resources so they do not retire would fundamentally distort markets,” the former FERC members said. “The subsidized resources would inevitably drive out the unsubsidized resources, and the subsidies would inevitably raise prices to customers. Investor confidence would evaporate and markets would tend to collapse. This loss of faith in markets would thereby undermine reliability.”

FERC should not move forward with the NOPR, but should “instead address the issues of power system reliability and resiliency consistent with the Commission’s long history and in the transparent, bipartisan, policy-centered manner for which this Commission has long been respected.”

Coal and electricity organizations have shown support for the NOPR, but while natural gas industry groups have vehemently opposed it.

Members of the House Committee on Energy and Commerce have criticized the NOPR, as did a panel of consumer advocates at a recent subcommittee hearing. And the potential fallout from DOE’s NOPR has at least one member of FERC worried. “The most colorful description I’ve heard came from our new FERC Commissioner Robert Powelson,” said subcommittee chairman Pete Olson (R-TX). “He said, regarding concerns that the new rule does undo competitive markets, ‘When that happens, we’re done. I’m done.’ Wow — that’s pretty strong.”

Current FERC Chairman Neil Chatterjee has described the DOE proposal as a conversation FERC needs to have. “We must ensure that we don’t find ourselves coming to regret not having asked hard questions like these amongst all the changes in the energy industry,” he said.

Also weighing in on the NOPR was Sen. Ron Wyden (D-OR), who on Thursday wrote to FERC asking that the NOPR be withdrawn.

“The reality is that, if implemented, this rule would destroy competitive power markets and raise utility rates for millions of Americans, while doing virtually nothing to improve the reliability of the electricity grid. The administration singled out only one factor — on-site fuel storage — as deserving of extra compensation. However, on-site fuel storage would not have helped grid-restoration efforts after storms like hurricanes Harvey, Irma and Maria,” Wyden wrote.

The NOPR has received support from Sen. Joe Manchin (D-WV), whose state is rich in coal reserves. “As you undertake this rulemaking within your statutory obligations under section 205 and 206 of the Federal Power Act to ensure just and reasonable rates, I encourage you to ensure that coal-fired and nuclear baseload units, which make our electric delivery system more resilient and provide essential reliability services, are appropriately valued and compensated for their beneficial attributes,” Manchin said in a recent letter to FERC.

Analysts initially said the NOPR might not be completed in the timeline requested — Perry directed FERC to issue a final rulemaking or interim final rule within 60 days of publication of the NOPR in the Federal Register — nor exactly as DOE prescribed. But FERC rejected calls from the oil and gas industry and others, including environmental groups, to extend the public comment period, reaffirming that comments are due on or before Oct. 23, and reply comments are due on or before Nov. 7. FERC Commissioner Cheryl LaFleur said commissioners didn’t believe they had the authority to extend the public comment period.