Mexico must capitalize on its access to cheap and abundant natural gas north of the border, and on its own regulatory framework for developing the entire gas value chain, according to Acclaim Energy Solutions’ David Madero SuÃ¡rez, who directs the firm’s energy consulting practice. 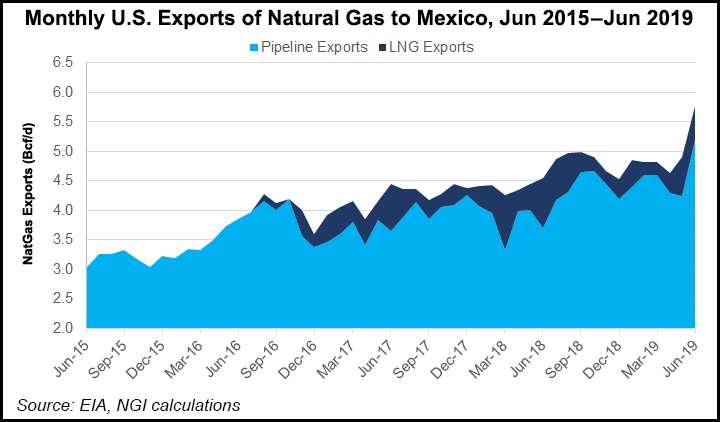 In a speech to the Mexican senate on Wednesday Madero said Mexico has a “very powerful” set of tools at its disposal to capture the economic and environmental benefits of natural gas over other fossil fuels. He served previously as the head of Mexico’s Centro Nacional de Control del Gas Natural (Cenagas), which operates the Sistrangas national pipeline network.

“We have today a favorable legal framework for the exploration, production, processing, transport, storage, distribution and marketing of natural gas,” Madero said, referring to the market-opening constitutional energy reform of 2013. The legislative overhaul allowed the creation of “institutions that eliminated conflicts of interest,” and which mandate transparent contracts between the government and upstream oil and gas operators, Madero said.

Thanks to the reform, users can unbundle the purchase of natural gas molecules and transport capacity, meaning that firms today have “all the possibilities, all the tools to truly administer in the best manner possible, their spending on energy in the case of natural gas,” Madero said.

However, he said, changes in energy policy could threaten the development of Mexico’s fledgling gas market.

In a thinly-veiled reference to the state-centric energy policies of President AndrÃ©s Manuel LÃ³pez Obrador’s government, Madero said that in the name of strengthening the state and its control over the energy sector, there could be legislative changes that “limit, or delay the rational exploitation of subsoil resources, or that revert the advances made in natural gas transportation.”

LÃ³pez Obrador has suspended oil and gas auctions and expressed opposition to unconventional exploration and production (E&P), while Madero’s successor at Cenagas, Elvira Daniel Kabbaz, has said that the interests of state oil company PetrÃ³leos Mexicanos (Pemex) and state power utility ComisiÃ³n Federal de Electricidad (CFE) should be prioritized over those of the private sector.

Madero added that Mexico’s independent energy regulators could be weakened, and that “we could end up with incomplete or poorly focused regulations, which could do a lot of damage to the development of our industry.”

Other challenges stem from the incipient state of the gas market, Madero said, and from system users’ inexperience navigating a deregulated environment.

Madero said there is still a “lack of common business practices” among shippers, causing “some operations to take longer than what would be optimal.”

Large consumers, namely power generators and industrial clients, must educate themselves on the nuances of a deregulated market and periodically assess whether it’s in their interest to unbundle their natural gas purchases, or to diversify the sources of the gas they consume, Madero said.

The cheapness and abundance of gas in the United States is “intrinsically linked” to advances in unconventional drilling, Madero said, arguing that Mexico also must take advantage of this technology to develop its own gas resources.

Unconventional exploration and production, if done efficiently and sustainably, could “change the destiny of Mexico,” he said, noting that acquiring these techniques “could be relatively quick and cheap.”

“This means that integrated natural gas transport systems can be used with greater efficiency and respond remotely to the increasingly complex flow needs, with bi-directionality and continuous adjustments to the valves and required compression.”

Daniel said last month that Cenagas would prioritize the installation of both compressor stations and metering stations throughout the Sistrangas, and the improvement of gas supply to south and southeast Mexico.

Madero’s speech coincides with estimates from IHS Markit that U.S. natural gas production has reached a record high, and that oversupply of associated gas output from the Permian Basin will push U.S. gas prices below $2/MMBtu for full-year 2020.

Imports accounted for 69% of Mexico’s gas supply in June, up from 66% in June 2018, according to upstream regulator ComisiÃ³n Nacional de Hidrocarburos (CNH).